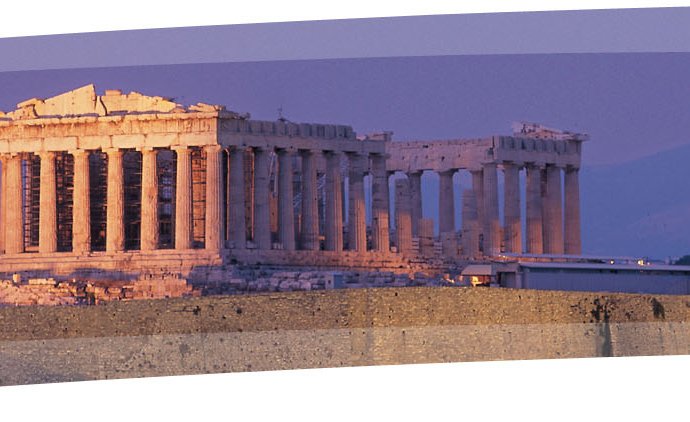 In the heart of Athens, the National Garden provides a green oasis for sunny afternoon trips. The Royal Garden has a private garden for the Royal Palace, which is now the Parliament Building. The Public Garden was established in 1923. This is a quiet and peaceful place away from the bustling city with a gorgeous green canopy of trees and vibrant plant life. Statues decorate the gardens as well as flowerbeds and small ruins of antiquity. The gardens of Zappeion can also be found here, which surround the ancient congress hall that was built in the 19th century.

A main stop on any Athens tour is the New Acropolis Museum, which resides near the base of the hill overlooking the city. It has the largest collection of Greek architecture and ancient sculptures including statues of the goddess Athena and “Kritios Boy.” The museum was originally scheduled to be built in time for the 2004 Olympics, but its completion was delayed due to legal battles. The museum has five floors that showcase 4, 000 artifacts. Permanent exhibitions here include the Parthenon Frieze, Athena statue, Color the Peplos Kore, Parthenon Gallery and Athena Nike.

For romantic evenings, gorgeous sunsets and an amazing panoramic view of Athens, Mount Lycabettus is an incredible adventure. As the highest point in Athens, it allows visitors to see all across the Attica basin and the Aegean Sea. Climbers can also see as the chapel of St. George from its peak. A little cafe here will serve up a fantastic dinner for two. To start the hike, visitors go up the path that begins at the end of Aristippou Street in Kolonaki. The path continues to wind upwards around the mountain. Visitors can also take the funicular, which departs from Ploutarchou and Aristippou Street.

For visitors who love art exhibitions, there is no better place to visit in Greece than the National Archaeological Museum. Multiple collections can be found here from contemporary artists all the way back to antiquity. The museum also has a large collection of artwork dating back to the Neolithic Age. The collections include small vases, working tools, clay vases and other small artifacts that are some of the oldest archaeological finds dating back to the 7th millennium. Over thirty rooms, sculptures from every century can be viewed including ancient Kouroi Egyptian sculptures.

A major point of interest for any traveler to Athens is the Syntagma Square. The most famous aspect of Syntagma is the changing of the guards by the Evzones in front of the Tomb of the Unknown Soldier. The Hellenic Parliament Building is located here as well as various buses, trolleys and tram stops. A fountain, ancient statues and two large grassy areas offer the picture perfect place for photos and picnics. Most major events that occur in Greece have been celebrated at the Syntagma Square. It’s also the site of various political functions, and it was also at this square that the Military Junta government was overthrown in 1974. Besides the Hellenic Parliament building, other interests include the historic hotels Grande Bretagne and George II.

The Temple of Olympian Zeus is known as the largest temple in Greece. The massive ancient complex took nearly seven centuries to complete. Building originally began in 515 BC by order of Peisistratos, but work stopped on the temple as it was seen as oppressive as Peisistratos and his son were seen as tyrants by the Athenians. Work resumed in 175 BC but was halted 10 years later when the Roman architect Cossutius died. Under emperor Hardian in 132 BC, the temple was finally completed and dedicated to Zeus Olympios. The temple stands today mostly as a reminder of Greek history, but only 15 of 104 huge columns remain. The columns each rise 17 meters (57 feet) into the air and once surrounded a cella where two large statues were once placed.

The Erechtheus or Erechtheion is a temple made from Pentelic marble. It’s located on the Acropolis, and it’s one of the legendary pieces of Greek architecture. Its construction dates back to c. 421 and 405 when the earlier temple to Athena was destroyed by the Persian invasion. The Erechtheum was once a sanctuary dedicated to Athena Polias, Erechtheus and Poseidon. Visitors can access the shrine to Athena by going through the eastern portico. The northern portico leads to the western cella. The Porch of the Caryatids can be found through the southern portico. The six draped female figures can be found here that support the entablature, which is the Erechtheum’s most defining feature.

Located to the northwest of the Acropolis, the ancient Agora of Athens was once a marketplace and civic center. The people gathered here to browse all kinds of commodities. It was also a place to meet others and talk about politics, business, current events and the nature of the universe and divine. The ancient Greek democracy can actually be traced to this ancient spot. It’s a wonderful area to look at the cultural beginnings of Athens. Overlooking the Ancient Agora from its elevated position on the hill of Agoraios Kolonos, the Temple of Hephaistos was built in the 5th century BC. Similar in style but smaller than the Parthenon, the temple consists of 34 Doric columns that support a still partially intact roof. It is the best preserved temple in all of Greece thanks to its conversion into a church in the 7th century.

One of the most popular tourist attractions in Athens is the Plaka District, which resides under the Acropolis and spreads out to Syntagma. This village is almost like an island within the city, and it’s the perfect way to experience authentic Greek culture. The area is quite private and boasts truly unique scenery with several cafes, ancient trees, green leaf canopies and stone walkways. The area is well-known for its food, boutique shops and cafes. Along Kydathineon Street, visitors find the Jewish Museum, Folk-Art Museum and Saita Taverna, which serves delicious bakalairo and other grilled meats.