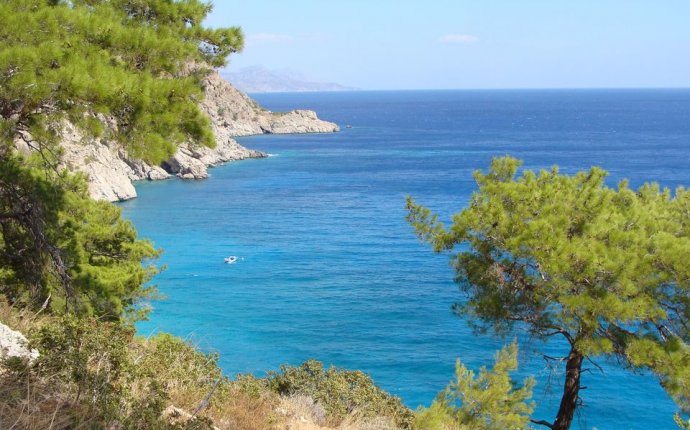 What is Greece largest island?

Few travel destinations engage so many passions as does Crete Greece. Dramatic scenery, distinctive vernacular cuisine, and centuries of cultural influence persuade many visitors to this Greek island to extend their stays far longer than intended.

From west to east, Crete is divided into four administrative prefectures. Within each region, capital cities embrace the modern age while preserving the turbulent history of the Mediterranean with numerous museums and architectural points of interest.

Explore outlying regions of urban Crete to visit villages in which traditions have remained constant for hundreds of years, and where olive and citrus groves dot green, rolling hillsides.

Following are highlights from each of Crete’s prefectures.

The prefecture draws a wide variety of visitors, from adventurers and architectural enthusiasts to foodies and beachcombers. Its topographical diversity, from its endless white sand beaches on the northern areas to its towering White Mountains and the gorge of Samaria in the south offer opportunities for high adventure or relaxing downtime. The capital city, Crete’s second largest, shares the name as its prefecture and is famous for its Old Town area, also known as the Venetian Quarter, where ancient medieval Venetian and Turkish architecture holds its ground within a growing, modern city.

Visitors are encouraged to time their visits to the Venetian Quarter when they can sample some of the best food in Greece, and stroll to the adjacent harbor for spectacular, world-renown sunsets.

The white walls of the Monastery of Panagia Chrissoskalitissa still beckon pilgrims from around the world, who climb the 90 steps and hope to be pure-hearted enough to spot the legendary single golden step. The Frangokastello Fortress once served as a base for Venetian military, and the significant archaeological landmark has its own romantic legends connected to brave Cretins rebelling against invading Turks.

Rethymnon is far more mountainous than its neighbor to the west, boasting Crete’s highest point, the mountain peak of Timios Stavros. The rugged, often inaccessible coastline shelters the two main resort beach towns of Bali and Panormo, while villages known for weaving and pottery welcome guests venturing inland and upland.

Like the city of Chania, Rethymnon City boasts a beautiful Venetian harbor and at the end of a massive stone seawall.

Crete’s largest mountain village is the historical town of Anogia, where in World War II, nearly all the town’s men were massacred by the Germans in retaliation for rebellion against occupation forces. The town’s widows became famous for supporting their families, learning and perfecting textile arts. Today, weavings crafted in Anogia are cherished worldwide.

The city of Heraklion is the administrative capital of Crete and the island’s largest by far, with more than 160, 000 residents. Until recently, visitors avoided the city due to its infamous traffic congestion in the urban areas, but Heraklion has greatly improved the situation with pedestrian-only areas and new traffic routes and regulations.

The prefecture of Heraklion is known for the ancient Minoan palace of Knossos, and the capital city’s many museums preserve the Mediterranean’s rich history and cultural heritage. The famous Koules Fortress is at the Port of Heraklion on the edge of the capital, is a stalwart survivor of Arab, Byzantine and Venetian architectural influence from as early as the 9th century.

The heart of Crete’s tourism industry, the prefecture’s infrastructure is the most accommodating to visitors.

Lasithi is the only prefecture that doesn’t share its name with its capital city, Agios Nikolaos (pictured above). The region’s most beloved destinations include Vai Beach, a stunning apron of white sand at the foot of an enormous grove of palm trees.

Lasithi is also home to Diktaean Cave which, according to mythology, is Zeus’ birthplace and a source of many architectural treasures. Accessible to casual spelunkers, the mineral formations adorning the cave are as astounding as its cultural significance.

Lerapetra is Europe’s southernmost city and the departure point for popular Chrissi Island. Spinalonga Island is Crete’s second most popular archaeological site, after Knossos. It lies off the coast of Plaka, but visitors can also take ferries launched from Elounda and Agios Nikolaos.