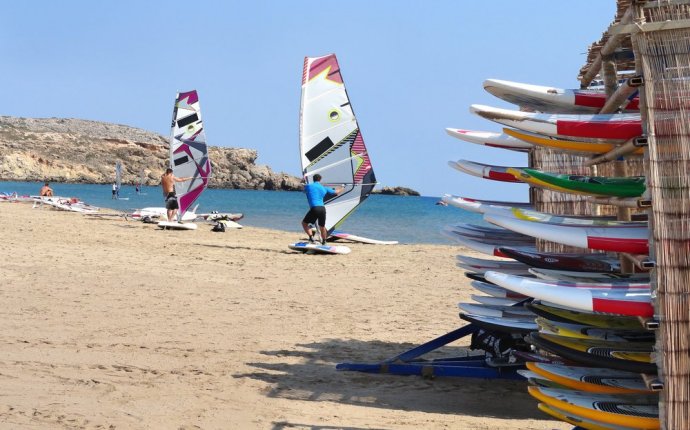 Rhodes is the largest of the Greek Dodecanese Islands, located south-west of mainland Greece and north-east of Crete. This island is best known for its beautiful beaches, ancient ruins and historical remnants of when it was occupied by the Knights of Saint John, as well as its pleasantly warm weather, due to the island’s southerly positioning within Europe.

The island, which is shaped like a spearhead, covers approximately 1, 400 km2, with a staggering 220km of that space being coastline. The city of Rhodes – the island’s capital – is located on the northern tip, as are the island’s ancient and modern harbours. Away from the city of Rhodes, the island is comprised of small traditional villages and large holiday resorts. Thanks to the mineral-rich spring water, there are also many spa hotels and standalone spas scattered across the island which specialise in balneotherapy.

Rhodes enjoys a typical Mediterranean climate with hot, dry summers and mild winters with a little bit of rainfall. Over the course of a year, the temperature typically varies between 10°C and 30°C, rarely dropping below 7°C or rising above 33°C. On average, August is the hottest month of the year, when the average temperature is 27°C, whilst January and February are the coldest months, when the average temperature is just 13°C. The majority of precipitation falls between November and March, with June, July and August remaining entirely bone dry. The island’s 300 days of sunshine per year and warm average sea temperatures have helped make it the popular tourist destination it is today.

Rhodes, Greece has more than 220km of stunning coastline

Summer is the most popular time to visit Rhodes, when the sun shines for hours on end and temperatures are high. Between June and September, the average temperature for the season is 25.5°C. Average temperatures rise steadily throughout summer, before peaking at 27°C in August (the hottest month of the season). From them on, temperatures start to drop as summer develops into autumn.

There is only a small difference between average highs during the daytime and average highs at night in Rhodes during summer. So if the heat gets a bit too much for you during the day, you won’t get much relief after the sun sets. During this season, average highs rage between a scorching 27°C and 29°C, whilst average lows range between a slightly cooler 21°C and 24°C. However, temperatures can reach into the late 30s in summer, but only if there is a sirocco wind blowing in from the Sahara Desert in North Africa. When this occurs, temperatures usually rise 10°C higher than normal, visibility is seriously reduced and the air feels very dry, which causes breathing difficulties for anyone with respiratory problems. Thankfully, sirocco wind storms rarely last for more than a couple of days, so even if you do suffer one during your holiday in Rhodes, you won’t be put out for long.

Even though nightfall won’t bring much relief, the Meltimi wind will help keep the island relatively cool. This wind prevails between May and October, although it’s strongest between July and September, when its cooling qualities are most needed. The coastal areas are the parts of the island which receive the most benefit from the wind, which loses strength when it travels inland or is blocked by the mountainous terrain. With many of Rhodes’ holiday resorts being located along the coast, there’s a good chance you’ll benefit from it during your visit.

Rainfall is almost unheard of in Rhodes in the summer, with 0mm of precipitation falling between June and August. By September, rainfall increases slightly up to 5mm, but this shouldn’t put you off booking a late summer break to Rhodes, since it’s such a minimal amount.

Rhodes enjoys a huge amount of sunshine each year, but summer is the sunniest season by far. With 14 daily sunshine hours apiece, June and July are the sunniest months of the year, but with 13 and 11 daily hours, respectively, August and September aren’t far behind. With so much sunshine, a day at the beach is definitely in order. Rhodes falls in the middle of both the Aegean Sea in the north and the Mediterranean Sea in the south, both of which are remarkably warm in summer. The sea is warmest in August, when it’s a pleasant 25°C. However, the average sea temperature doesn’t drop below 21°C in summer, which means that it will always be warm enough for a dip, regardless of which month you visit.

Autumn is one of the best seasons to visit Rhodes, when temperatures are still warm, but the island is a lot less crowded. These two factors make it perfect for travellers who like to practise sport on holiday (Rhodes is usually too hot for walking or cycling in summer) or those who love to bag a bargain on accommodation and flights. Between October and November, the average temperature starts off at a mild 21°C – created by highs of 24°C and lows of 18°C – and drops down to a cooler 17°C – created by highs of 19°C and lows of 14°C. So whilst you might get away with beachwear during the daytime and shorts/skirts on an evening in October, if you visit Rhodes in November, you might need to take a jumper to make sure you stay warm enough after sunset.

The only downside to visiting Rhodes in autumn is the increased chance of rainfall. In October, 68mm falls over the course of five wet days. This increases up to a massive 105mm over the course of eight wet days by November. The most common type of precipitation for Rhodes to experience in autumn is thunderstorms, followed by moderate rainfall. So even though precipitation is relatively high (compared to dry summer) at this time of year, when it does rain, it’s usually heavy and quick, so you’ll never have to suffer through days of drizzle.

Benefit from fantastic savings on car insurance in spain for expats , just by taking a look at turnerinsurance.es