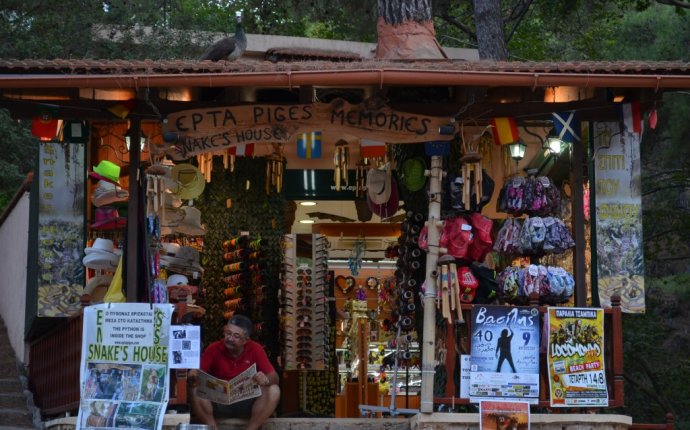 Places to SEE in Rhodes Greece

Among the so many locations and points of interest Rhodes island has to offer, here are just a few of them you must not miss when you are on the Island. Rhodes has more to offer than sea and sand, and visiting the following places will surely give something extra to remember from vacation.

Situated approximately five kilometers south east of the village of Theologos (or Tholos), the Valley of the Butterflies (Petaloudes) is one of the most attractive destinations on the island. During August, thousands of butterflies of the genus Panaxia (species Quadripunctaria Poda) overwhelm the valley in order to reproduce.

Filerimos and the ancient city of Ialysos

Ialysos is one of the three ancient cities of Rodos with remains of occupation dating back to 3rd millennium BC and also settlements & cemeteries dating from the Mycenaean-Minoan period.

The building remains of ancient Ialysos discovered to date are mainly on the Filerimos hill, which was given this name in Byzantine times. Its earliest known name was Achaia, which is further evidence for the presence of Greeks in this area during the Mycenaean period, Strabo calls the hill Ochyroma ('Fortification').

From very early times the hill was in fact used as a strong point and also as a place of worship.

During the period of Italian rule (1912-1945) a 'Golgotha' was built: this was a series of shrines with relief scenes of the Passion, which leads from the square to the west edge of the plateau of the Filerimos hill. Also a 30m stone cross was constructed but it was destroyed during the WWII. In 1996 a 16 metre cross was rebuilted on the top the plateau from which you can enjoy the view.

The scent of pine on every breath, rustic bridges and trickling streams set the mood for 'Epta Piges' (Seven Springs), found 30 km from the City of Rodos . Those who want to rise to the challenge can wander around the maize of footpaths searching out the source of each of the seven springs. Lying across the entry road, a green lake with turquoise waters nestles in a pine clad gorge.

A sign posted footpath leads to it from the main site as does a tunnel carrying a stream. Many visitors walk through the 610ft (186m) long dark tunnel but it is not recommended for claustrophobic, who may follow the signposted alternate route. Peacocks wander the site too and if they are not to be seen their penetrating cry is unlikely to pass unnoticed. Set in some of the deepest shade by the water edge, the taverna (occasional operation during winter) is an atmospheric place to refresh and the food is good too.

The Hydrobiological Station of Rodos is located in the northern part of the island and was constructed during 1934-1396, initiating its activities in 1937. In 1945 it was incorporated as a peripheral station of the Greek Hydrobiological Institute under the supervision of the Athens Academy.

Is has been operating as an Aquarium-museum and research unit since 1963. It belong to the National Centre for Marine Research (NCMR) which is developing its research activities in oceanography, fisheries and inland waters corresponding institutes. The NCMR falls under the supervision of the General Secretariat of Research and Technology belonging to the Ministry of Development.

A tiny, Byzantine church, dedicated to Our Lady, located on the top of a hill which offers breathtaking views. The road to Tsambika monastery turns off the main road, some meters before the road to Tsambika beach. The road will take you half way up the hill. After this point, you need to walk up the hill, following 350 steps. It's perched high at 300 m with commanding coastal views, both north over Kolymbia and south over Tsambika beach until Lindos, which makes it worth, to climb up. According to the legend, any woman having problems getting pregnant should go up there barefoot, to pray to the Virgin and she will be blessed with children. The saints day is the 7. September.

how often answer how much manager salary how many teaching jobs should i apply for who set up a business where to develop 35mm film cheap whose project is naia why project fail who founded london england how to do roadmap where's device manager where are you from design whose product is alexa which teaching jobs are in demand who owns defi solutions how startup theranos has struggled why london business school where's my device how many entrepreneurs are there in the world how many management courses are there how much system administrator make where is danielle from design star who system classification how much solution in little green machine why product marketing how product teams work how start up your own business where to get technology news where to produce film what product sells the most on amazon where design definition who project in ku whose father was socrates where was technology first invented entrepreneur who founded jetblue crossword where to study technology what startup accelerators really do how product placement works how startup founders make money what solution has a ph of 7 which entrepreneur and real estate promoter why london weather is bad when device is in vr reduce flicker when science fails roadmap when will hairdressers open from where to study science and technology for upsc
Source: www.rhodesguide.com