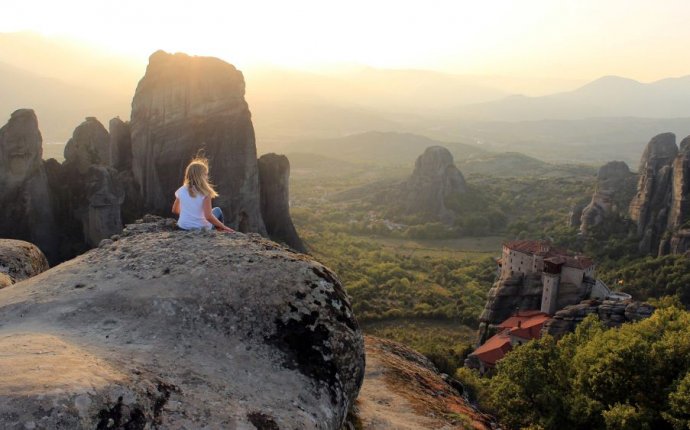 The Acropolis with its rich history and archaeological significance has become the embodiment of all ancient Greek ideals. The archaeological finds of the Acropolis, its art and architecture, have influenced western culture for the past two millennia and even in a ruinous state, continue to guide aesthetics and ideas as a cultural compass from the past.

With minimal restoration for the most part, a visitor would have an impossible task to comprehend the place it its glory days without some historical background. The Agora is not important for the splendor of its buildings, but for the significance of its history.

Asprochaliko rock shelter is a rare Paleolithic site in Greece. It was excavated between 1964 and 1966 and has a 6-meter sequence of Mousterian and Upper Paleolithic layers. Over half a million flaked stone tools and fragments of animal bone were found during excavations.

Crete is a large island endowed with a rich historical heritage which spans more than nine millennia since its fertile, secure, and strategically placed land mass has been inhabited since the seventh millennium BC. Cultures on the island have sown the land with ancient palaces, cities, villas, and a plethora of exquisite artifacts which date back to the Minoan era.

Its claim as the birthplace of Apollo gave Delos a strong religious identity that lasted all the way until Byzantine times. In an era when religious festivals were economic engines, attracting thousands of pilgrims and generating healthy economic growth, Delos stood strong at the center of the wealthiest commercial centers and benefited greatly.

Delphi is one of the most important ancient sites in Greece. As a major religious center under the protection of the god Apollo its oracles influenced major political events of the ancient world. Its legacy lasted a millennium and has survived to our day embedded in hard stone. The sanctuary at the slopes of Mt. Parnassus is adorned with the ruins of ancient buildings like the Temple of Apollo, the theater of Delphi, the stadium, the Tholos among others. The Delphi museum on site exhibits a plethora of fine examples of ancient Greek Art which were unearthed during the last century of excavations.

Dimini is one of the most important Neolithic settlement of Greece. It is located in Thessaly, west of the city of Volos, and it shows evidence of a sophisticated society that thrived well into the Bronze Age. After its abandonment, the location was inhabited by the Mycenaean Greeks and it is closely associated with ancient Iolkos, the departure point of Jason and the Argonauts.

The sanctuary of Zeus and Dione at Dodona was a renown oracle, second in fame only to Delphi . It gave prophecies to common every-day concerns that visitors submitted scratched on lead sheets. The priests then consulted Zeus and delivered his divinations by interpreting the rustling of the leaves of the sacred oak. It hosted the Naia festival which included athletic events and dramatic performances.

The Asklepieion of Epidaurus is one of the best known and visited archaeological sites of Greece, largely in part because of its famous Theatre. In ancient times it was a healing center where patients converged from all over the Mediterranean to seek a cure for their ailments.

During the classical era, the newly discovered silver veins in these mines were used to finance a formidable navy which was subsequently used to defeat the invasion of the mighty Persian empire.

Ancient Limnaia is a little known ancient city, the ruins of which are located on the hill above modern Amphilochia.

The battle of Marathon was a pivotal moment in the history of Greece. In these grounds, the outnumbered Athenians defeated the first invasion by the Persian army, and the burial mount shelters those who fell defending their land.

Mycenae is one of the most important Bronze Age sites of Greece. It represents the pinnacle of Bronze Age and gave its name to an entire civilization, the Mycenaean. It also spawned a flurry of archaeological interest once Heinrich Schliemann unearthed superb treasures from its burial grounds and connected the Trojan war to the geography and history of Greece.

Olympia is one of the most influential ancient Greek sanctuaries, located in western Peloponnese, in Elis. It is is positioned in a serene and rich valley at the confluence of the Alpheios and the Kladeos rivers. In antiquity it was famous beyond the borders of mainland Greece for hosting the Olympic Games every four years, starting in 776 BCE.

Rhamnous is and ancient Greek fortified town, located on the Attica coast, about 55 kilometers northeast from Athens, near the temple of Nemesis.

Sounion is the southernmost point of Attica to the east, about 40 miles from Athens. Because it commanded the seafaring lanes to and from the east it was was fortified to guard the maritime interests of the Athenians.

Temple of Poseidon
Temple of Athena at Sounion

Thermos is located in Aetolia, in Western Greece and in its ruins we can trace the development of ancient Greek temples over the centuries. Visible ruins on the site include Megaron A (Middle Helladic), Megaron B (early Iron Age), the Archaic Temple of Apollo Thermios, and an extensive Hellenistic Agora testifies to the sanctuary's importance through 1500 years of antiquity.

Tiryns is the second most important Mycenaean citadel in Argolis. It is fortified with impressive Cyclopean walls that enclose a Lower, a Middle, and an Upper citadel. The latter enclosed an impressive palace complex. It's location near the sea have lead many to consider Tiryns the port of nearby Mycenae, while others believe it was just as important as its more illustrious Mycenaean center.