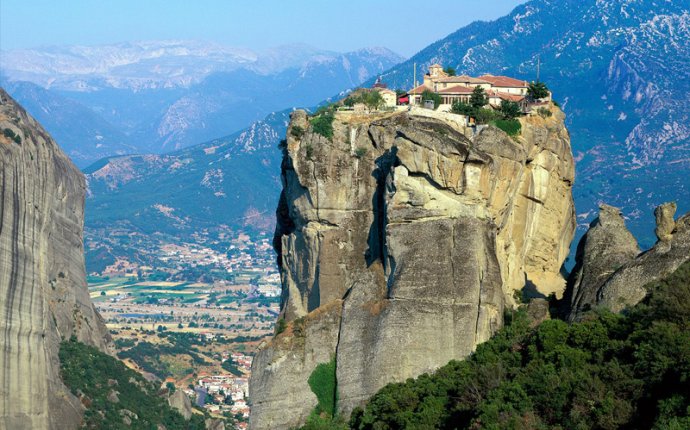 The importance of Ancient Olympia as a major tourist attraction in Greece was among the main topics discussed in a meeting between Greek interim Alternate Tourism Minister Alkistis Protopsalti and Western Greece Regional Governor Apostolos Katsifaras.

During her visit to the region on Monday, Ms Protopsalti was briefed by Mr. Katsifaras on the region’s strategy for tourism promotion. He also informed her of the destinations of Western Greece that have further tourism potential.

The discussion focused on the traditional Olympic flame lighting ceremony, which will take place in the ancient city of Olympia next April for the Rio 2016 Summer Olympic Games. Ancient Olympia is where the inspiration for the Olympic games of today originated.

“The flame lighting ceremony, next Spring, should be an event to promote the country, the Region of Western Greece and the ideals and culture, to every country and city, on every continent, in every remote area”, the regional governor said.

He underlined that the whole world must be informed about Ancient Olympia and Western Greece and called for further a closer cooperation between the region and the Tourism Ministry.

“We understand that this is a caretaker government, but nothing should be left inactive and this is why a closer cooperation with the Tourism Ministry and the Greek National Tourism Organization (GNTO) is imperative”, Mr. Katsifaras added.

On her part, Ms. Protopsalti accepted the governor’s invitation for a closer cooperation.

“We are still here, and we will do our best for the tourism promotion of Western Greece, even during these few days that we have available to us as a caretaker government”, the Greek interim alternate tourism minister said.