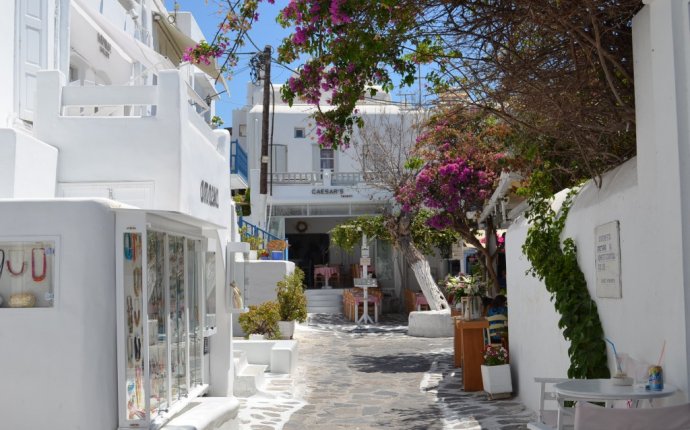 Mykonos Cyclades is considered the most cosmopolitan spot in Greece. The island is famous for its amazing beaches, the picturesque villages, the vivid nightlife and its gay friendly attitude. This is the second most popular Greek destination and it is often described as the Ibiza of Greece. Apart from beaches and nightlife, visitors shall also find many interesting sightseeing in Mykonos. The quarter of Little Venice, the Windmills and the church of Paraportiani are the main things to see on your stroll around Mykonos Town. Do not also miss a boat excursion to the island of Delos, an uninhabited island that is an entire archaeological site today.

In this section, you can see the best Mykonos Sightseeing but also things to see by location.
You can also view all things to see in Mykonos by category: villages, beaches, museums and churches or view our suggested excursions.

Book a Sightseeing Tour: Discover the most important of them with our Sightseeing tours!
Book you Car: Book your car rental at very advantageous prices with Greeka.com!

Want to discover more about Mykonos?
View also: and !

Little Venice is the most picturesque quarter of Chora, the capital of Mykonos island. With colourful houses that are contructed right by the sea, Little Venice is a popular spot with vivid nightlife and lovely cafeterias.

The hill with the traditional windmills above Chora provides the best view of the village and the picturesque port. These windmills have been restored and have become the trademark of the island over the years.

The chapel of Panagia Paraportiani is the most photographed church of the island. Located in Chora, this white, assymetrical church dates from the 15th century.

Delos is a tiny island that can be reached by boat from the port of Mykonos Town. Delos was a sacred island for the ancient Greeks as, according the mythology, god Apollo had been born there. Remains of an ancient sanctuary and a theatre have been found on the island, which is a great open site today.

Peter the pelican has become the mascot of Mykonos island over the years. A few decades ago, a fisherman took care of a wounded pelican but surprisingly he didn't leave when he was cured, but made Mykonos his home. Although the first pelican of Mykonos has passed away, three pelicans run today the paved paths of Chora.

Location: On the western side of Mykonos island
Description: Mykonos Town or Chora is the capital and the most picturesque village on the island. With traditional architecture and a lovely ambience, Mykonos distinguishes for its cosmopolitan atmosphere and the vivid nightlife. The landmarks of Chora are the windmills on top of a hill, the nice quarter Little Venice and the famous pelican of Mykonos.

Location: 7 km south east of Chora
Description: Super Paradise is right next to Paradise beach. Less organized than its neighbouring coast, it is still one of the most popular places on Mykonos.

Location: 6 km south east of Chora
Description: Paradise is one of the most famous beaches of Mykonos, attracting mostly young crowds for its day and night beach parties.

Location: 11 km south east of Chora
Description: Elia is one of the longest and most popular beaches of Mykonos. Many umbrellas, sun beds and beach bars dot the coastline.

Location: 14 km south east of Chora
Description: Lia is a nice beach with soft sand and crystal water. It is located close to Kalafatis and has some loungers on the coast.

Location: 5 km south of Chora
Description: Platis Gialos is one of the most popular beaches of Mykonos. Well-organized, sandy and clean, Platis Gialos is easy to reach from the capital village.

Location: 6 km south of Chora
Description: One of the most popular beaches on Mykonos, Paraga seems like two beaches, the southern side is calm while the northern side is fully organized.

Location: 5 km south of Chora
Description: Psarou is an idyllic and well-organized beach on the southern side of Mykonos. In summer, it attracts many celebrities from Greece or abroad.