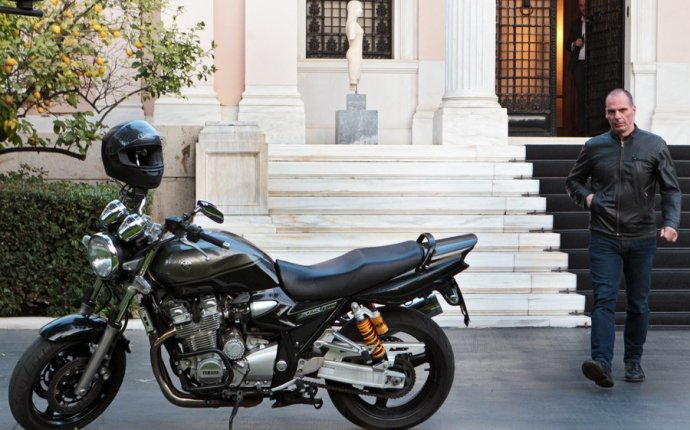 Former Finance Minister Yanis Varoufakis got really angry. And he decided to reward with his own Yamaha motorcycle those who can prove that the claims his former partner in coalition government alleged were true. So he tweeted:

“Whoever proves that I have worked even for 1′ for a fund (and not only in NY) wins Yamaha XJS, mod. 2010 – this I have this I give as reward.”
Why is Varoufakis offended and angry? Why does he want to give away his beloved motorcycle? Because his former coalition partner in the SYRIZA-ANEL government, Panos Kammenos claimed that Varoufakis had adopted the plan of German Finance Minister Wolfgang Schaeuble for Grexit for the benefit of various “carnivorous” funds, among them also “American funds”.

Speaking at a press conference in the side of the International Fair of Thessaloniki, Kammenos openly expressed suspicion about the delays of the long negotiations with the creditors, negotiatio0ns that extended over several months and ended in a 3. bailout and Memorandum of Understanding.

“I don’t exclude that Mr. Varoufakis have played a bad role in this, ” Kammenos said and stunned reporters and journalists.

“Varoufakis conveyed to us the Schaueble’s proposal for the exit of Greece from the euro in exchange for a generous funding and debt reduction. When I heard this, I said at the beginning that this was a Varoufakis’ joke. At the end it seems that he also was convinced and that this was the solution. Schaeuble’s proposal would bring gains to Schaeuble and some countries in Northern Europe. But, of course, also some funds in the USA would gain profit, funds for which Varoufakis had worked in the past.”

Panos Kammenso spoke almost openly of a “conspiracy scenario” worked out by Greece’s European partners with a specific agenda.

“I do not believe that it was the the delay in the negotiations that brought the third memorandum. It was prearranged. They wanted Greece out of the EU, so that the hordes of refugees [sic!] will never reach Europe.”

OK, nationalist Panos Kammenos had always had a specific affiliation to conspiracy theories. But if he has waterproof evidence to confirm his claims, he should table it. At the end he might even win Varoufakis’ YAMAHA.

PS Welcome to the magnificent world of Greek politics. Where everyone accuses everyone in pre-elections time. And nobody claims responsibility for what has been done in the past.