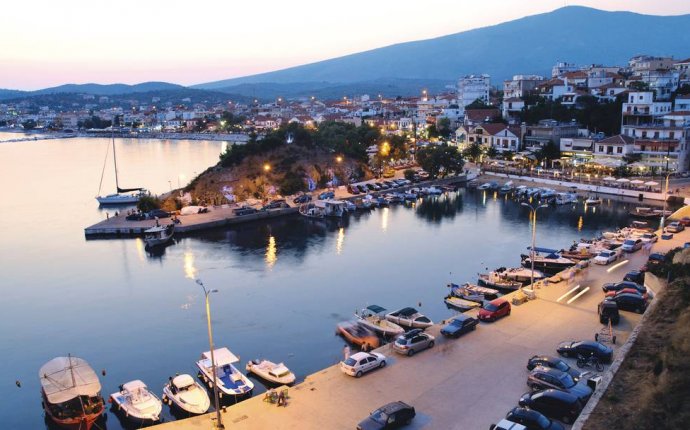 Holidays to the Greek Island of Thassos put great scenery, whitewashed hamlets and flawless beaches at your fingertips.

Of all the Greek Islands, Thassos is a true authentic. While some of its neighbours have added international elements – like karaoke bars and all-you-can-eat Chinese restaurants – to their offerings over the years, Thassos has remained traditional to a T.

Thassos’ scenery is trademark Greek. The island is blanketed with rolling hillsides, fertile vineyards and olive groves. Move down to the coast, and it’s got an A-grade collection of beaches. Golden Beach, on the east coast, is probably the best-known stretch of sand, partly because it’s the longest in Thassos and partly because there’s a decent selection of tavernas and hotels near the sand.

Life on Thassos can be traced back to the Stone Age. Since then, a number of empires, including the Romans and the Egyptians, have tried to claim the place as their own. As such, the island’s capital, Thassos Town, showcases all sorts of mementos from the past, including an ancient Roman amphitheatre and an acropolis.

Limenaria, on the west coast, picks up where Thassos Town’s history leaves off. The island’s second-largest town was the nucleus of Thassos’ mining industry in the 20th century. You can still see the turreted mining headquarters on the headland overlooking Limenaria Beach, and there’s a mine beneath it, which you can take tours of.

Things to See and Do in Thassos

Skala Rahoni, on Thassos’ northwest corner, is a sleepy village surrounded by fragrant pine forests and ancient olive groves. For people looking to leave civilisation behind, there’s just a main square, a sprinkling of traditional stone villas, and a stone church tucked behind the fishermen’s harbour.

The island of Thassos sits 12 kilometres off the coast of northern Greece. And Thassos Town – known locally as Limenas – is its capital. It’s long been a Greek getaway, but it’s now firmly on the map for holidays that cleverly combine old and new. There’s a pretty port with seafront tavernas, a modern centre filled with shops and bars and, up on the hill, a Roman amphitheatre and temples.