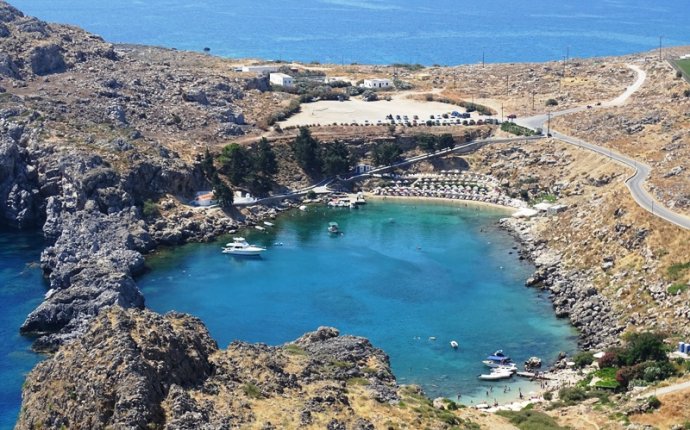 What to do in Rhodes Greece?

1 Palace of the Grand Masters

Palace of the Grand Masters

On the highest point in the old town, at the top of the Street of the Knights, the Palace of the Grand Masters is a massive stronghold defended by a triple circuit of walls. Built on the site of an older Byzantine citadel, it was constructed by the Knights of St. John (aka Knights Hospitaller), a Catholic military order, who ruled the island from 1309 to 1522. Based on a square plan centering on a large internal courtyard, it fell into disrepair after the departure of the knights but was rebuilt by the Italians in the 1930s as a holiday residence for King Emmanuel III and later for Fascist dictator Mussolini. A whimsical structure with towers and crenellated ramparts, pebble mosaic floors, antiquities, and antiques, it has more than 150 rooms, but only about 20 are open to tourists.

Starting from the Palace of the Grand Master, you can walk around the ramparts of the old town walls - one of the finest examples of medieval fortifications in the world. Initially built during the Byzantine period, they were extended and reinforced by the knights between the 14th and 16th centuries due to an obsessive fear of enemy attack.

Measuring four kilometers in length, and in parts up to 12 meters thick, they include imposing towers, sturdy bastions, several magnificent gates, a dry moat, and artillery firing posts. However, in 1522, after a six-month siege, the knights eventually surrendered to the Ottoman Turks. Under the Turks, Christians (the majority of Greeks) were banished from the old town.

Archaeological Museum (Hospital of the Knights)

Archaeological Museum (Hospital of the Knights)

As a religious military order, the knights dedicated themselves to preventing the spread of Islam and to tending the sick and the poor. They built this imposing hospital, overlooking a lovely herb-scented courtyard garden, between 1440 and 1489, and it now houses the archaeological museum.

On display are various ancient finds from archaeological sites across the island, including marble statues, urns, and funerary stele, but the top attractions have to be the stunning mosaics and the first-century-BC Aphrodite of Rhodes, a white marble figure of a naked girl, who is crouching and running her fingers through her hair to dry it.

4 Street of the Knights

Running from the Hospital of the Knights up to the Palace of the Grand Masters, this cobbled street, lined by stone buildings with Gothic arches, still looks much as it would have in the 15th and 16th centuries. This is where the knights had their "Inns" - the order was divided into seven "Tongues" (England, France, Germany, Italy, Aragon, Auvergne, and Provence), each with its own "Inn, " where members would convene and dine.

Built in 1522, the year the Ottoman Turks took the city, this pink-and-white mosque with an elegant minaret was built to commemorate Süleyman I's conquest of the island. The Sultan, also known as Süleyman the Magnificent, was one of the most powerful leaders in the world at the time and expanded the empire deeper into Europe and North Africa during a period that would later be recognised as the Ottomans' Golden Age. Under the Turks, most of Rhodes' numerous churches were converted into mosques.

Formerly known as the Municipal Gallery, the Modern Greek Art Museum displays a fine collection of 20th-century paintings, engravings, and sculpture. The collection is dispersed over three separate buildings with one ticket valid for all. The principal art gallery is on Symis Square, in the old town; while there is also the New Art Gallery overlooking the sea, close to the aquarium, in the new town; plus the more recently opened Centre of Modern Art in the Palaio Syssitio on Sokratous, back in the old town.