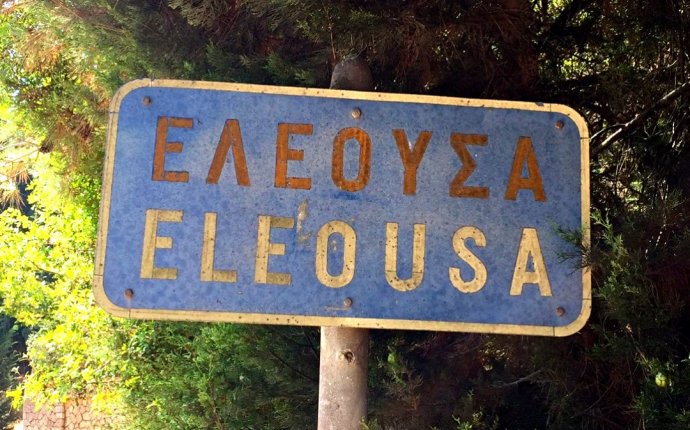 Rhodes deporteesThe implementation of the anti-Jewish laws in September 1938 by the Italian Governor caused great alarm and hardship to the Jewish community. This resulted in a swift exodus of over 2, 000 Jews from Rhodes which prior to then had a population of 4, 000.

Italy, as an ally of Germany during World War II, allowed the Germans to share control over the Island of Rhodes. In September 1943, the Italian military surrendered full control of Rhodes to the Germans.

On July 18, 1944 the male Jews of Rhodes, age 16 and older, were ordered by the German military commanders to appear the following morning with their identity cards and work permits at the Air Force Command Center. The tactic of requiring the work permits tricked the Jews into thinking they were summoned to be sent for a work camp. The next morning after the Jewish men were assembled they were brutalized and threatened by the German soldiers who proceeded to take away the identity cards and work permits and herded the Jews into the basement of the building.

On July 19th, the remaining Jewish women and children were also ordered to appear the following day with their valuables under a threat of death. They had no choice but to obey, and once entrapped, their belongings were stripped away.

On July 23rd, the 1, 673 Jews were ordered to march to the port where they boarded onto three crowded boats. On that sad day, a centuries old Jewish community had ceased to exist.

The crossing from Rhodes to the mainland of Greece lasted eight days and was horrendous. Seven people died during the trip. The trip had one stop at the Island of Leros, where they were joined by another small cargo boat carrying about a hundred Jews from the Island of Kos. Like the people from Rhodes, they had also been herded onto the boat after being stripped of all their valuables and their identity papers.

After landing in Piraeus (Athens) and staying at the Haidari concentration camp, they were forced onto trains to Auschwitz where most of them were murdered. There were approximately 150 survivors.

The following list of Jews deported from Rhodes by the Germans during the Second World War and is from the Italian book by Liliana Picciotto Fargion called “Il Libro della Memoria”. The format of arranging the names and biographical data was designed and translated by John Holcenberg, the husband of Esther Rousso of Seattle (daughter of Nissim Rousso and Victoria Angel). Please note that married women are listed by their maiden name.

The following are images relating to the Holocaust:

May 1939 photos of a boat that stopped in Rhodes en route to Palestine from Prague and Braslava carrying about 600 Jews. In Rhodes several young Rhodeslis joined the refugees. But before the vessel had traveled far from Rhodes a fire broke out on board. The passengers safely reached the Island of Samos, and returned back to Rhodes. The Eastern European Jews were allowed to sleep in the stadium. In a short time, the Rhodes Jewish community managed to obtain another ship and the refugees sailed for Palestine.

1943 photo of a young Rhodian Jewish boy, of the Angel family, wearing the Star of David on the lapel of his coat. The Jews of Rhodes were not required to wear the Star. For the photo he is wearing the star as an innocent gesture of pride, instead of its actual use as a symbol for persecution. Tragically, the boy was deported the following year to Auschwitz, where he was murdered along with about 1, 500 Jews of Rhodes. Photo from Miru Alcana.

April 1944 wedding photo of Yosef Levy and Dona Habif. One month later the Nazis deported them to the Auschwitz concentration camp where they died. Photo from Miru Alcana.

German tanks outside the Marine Gate in 1944. Photo from Jo Mallel.

July 1944: the Jews of Rhodes were detained at the Air Force Command center located just outside the Old City near the Gate of Amboise. The Jews were held there for 3 days prior to their deportation to Auschwitz.

June 1945 photo in Bologna, Italy of 6 young Rhodian Jewish women survivors of the concentration camps. They were liberated one month earlier and traveled by train to Italy. There they met at a military barracks with British soldiers of the Jewish Brigade from Palestine (note the Star of David on the door of the truck). Standing in the front row, left to right: Susana Levy, Lucia Franco, soldier and Renee Levi. Standing in the second row, left to right: Rebecca Capelouto, Alice Tarica and Stella Levi. Photo from Stella Levi.

1946 photo of the President of the Jewish Community, Elia Soriano, laying a wreath at the fountain in “La Juderia” in memory of the Jewish victims of the Holocaust. Photo from Elie Jacob Soriano.

Saving Jewish Lives From Auschwitz and the Holocaust

The following is an article by Aron Hasson from the 2005 “Ke Haber?” newsletter, page 11

There were 42 Jews who were originally detained, but released prior to their deportation due to the courageous acts of the Turkish Consulate General of Rhodes, Selahattin Ulkumen. He has been honored by several organizations, including the B’nai B’rith, the Anti Defamation League as well as by Yad Vashem in Jerusalem which awarded him the “Righteous Among the Nations” in 1990 with a tree planting ceremony.

On July 18, 1944, the Germans began ordering all of the Jews of Rhodes to appear with their identity cards and work permits at the Air Force Command Center in the new section of the city. On July 20th, the Consul General in Rhodes for Turkey, Selahattin Ulkumen went to the office of the German Commanders demanding the release of the Jews of Turkish nationality that were being detained. He cited various treaties and neutrality agreements between Turkey and Germany, and reluctantly the Germans released the 42 Jews.

All of the other Jews were detained for one more day until they were crowded onto three small freight ships and deported to Auschwitz. Of the 1, 676 Jews deported, they were all murdered except for 151 who survived.

As written by Hizkia Franco in his book, The Jewish Martyrs of Rhodes and Cos, “Selahattin, the Consul General of Turkey, intervened to protect his nationals. He managed to obtain their release, along with the families, even in the case of marriages of women of Turkish origin to Jews of the Dodecanese”.

One of the Jews of Turkish nationality, Maurice Soriano, said in an interview several years later, “I owe my life to this Turkish Consul who showed enormous strength to save his citizens’ lives.”