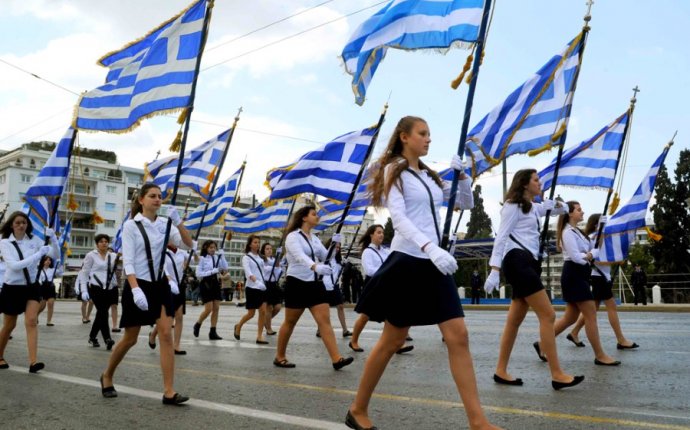 Ochi Day, sometimes known as Ohi or Oxi Day, is celebrated on 28 October each year in Cyprus, in Greece and by Greeks around the world.

The word ‘Ochi’ simply means ‘No’. It is the word Greek Prime Minister Ioannis Metaxas used in 1940 to Mussolini’s spokesperson when asked if Axis forces could use Greek territory to gain access to areas of Europe not already occupied by Hitler and Mussolini. Metaxas stalwartly said ‘No!’

Prime Minister Metaxas had deliberately done his best to keep Greece neutral in the early months of World War II, but the ultimatum tipped any chance of allegiance and Greece became allied with Great Britain.

Prior to this, Metaxas may have decided to go either way. Personally, he had links with Germany based on his early education. He had also resisted Greece becoming involved with World War I and had refused to support the Allies in the Dardanelles Campaign.

The ultimatum changed everything and Greece turned out to be a strong force against the Germans and Italians, facilitating the Allies’ regaining of Albania.

Cities and towns across Cyprus and Greece celebrate Ochi Day with military parades that close down most centres. In Nicosia, Cyprus, school students and veterans march in a parade and carry banners and the flags of Cyprus and Greece. Political speeches are made and the day is focused on celebrating the heroes of the nation.

Cyprus particularly considers the day as one to not only remember the bravery of the people who walked in the past, but to focus on the future and to believe that their people can have strong and independent freedom and prosperity.