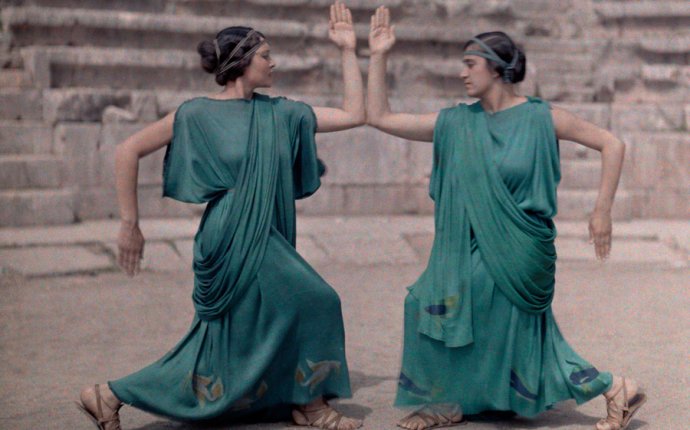 The first great civilization in Greece was the Minoan culture on the island of Crete around 2000 B.C. Wall paintings found at the ruins of the palace Knossos show people doing backflips over a charging bull. The Minoans were conquered by the Myceneans from the mainland in 1450 B.C.

During ancient times the country was divided into city-states, which were ruled by noblemen. The largest were Athens, Sparta, Thebes, and Corinth. Each state controlled the territory around a single city. They were often at war with each other.

Athens became the most powerful, and in 508 B.C., the people instituted a new system of rule by the people called democracy. But during that time, only men could vote!

The first Olympic Games were held in the southern city of Olympia in 700 B.C. to honor Zeus, the king of the gods. Only men could compete in the events such as sprinting, long jump, discus, javelin, wrestling, and chariot racing. The games were banned by the Romans in A.D. 393, but began again in Athens in 1896.

Greece was ruled by foreigners for over 2, 000 years beginning with the Romans conquering the Greeks in the 2nd century. Then, after almost 400 years under Turkish rule, Greece won independence in 1832.