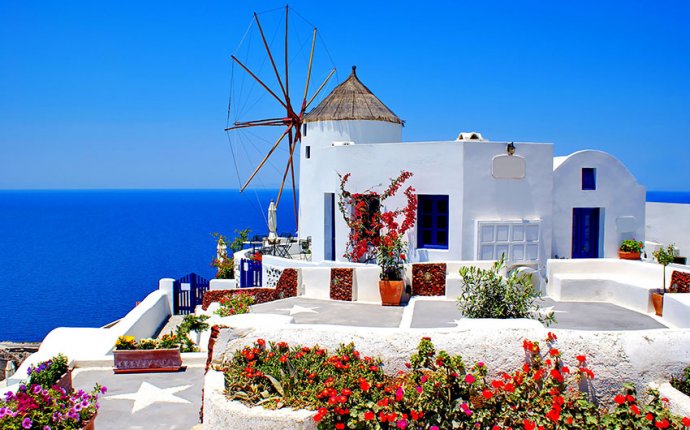 When you live in Greece you are reminded everyday of the history of this land. Not only by the ancient temples and ruins scattered all over the country, but by almost all aspects of the culture here; language, music, art and of course the food.

A few years ago, I was asked to give a presentation about the continuity of Greek cuisine from antiquity to the present. While doing research I came across four excellent books (they are cited at the end of this post) and I wanted to share some interesting facts (as far as we know) about the food and food culture of the ancient Greeks and the similarities with today’s Greeks.

We know that the ancient Greeks wanted to establish a civilized lifestyle that separated them from the barbarians and food played an instrumental role in this. The idea of eating together is not a new one; animals eat together and so did the so-called barbarians, but what made a meal “civilized” were specific rules (for example the proper way to serve wine) and conviviality (eating and drinking with good company).

For Greeks, food and eating was not only necessary to satisfy physical needs but it was also a social event. Plutarch, a Greek historian had said, “We do not sit at the table to eat… but to eat together”.

Today, eating in modern Greece is indeed a very social event. It is the norm for people to relax and have great discussions and arguments ranging from politics to relationships while eating dinner or lunch. These meals can last for hours.

Growing up as a Greek-American in the U.S., I remember many times at restaurants, the contrast between my family talking loudly and generally taking forever to eat, while everybody else was quietly eating their food, paying the bill and leaving. Eating alone, even for the younger generations of Greeks is not common. You won’t see people taking a lunch break at a park eating their meal alone. Instead Greeks will either order all together at the office, sometimes sharing food they have brought from home. Reservations for restaurants are not as common in Greece either, and if they are made, it is assumed that the table will be reserved for the whole evening as there is no way of knowing when the diners will leave.

The 3 fundamentals were the most important ingredients for the Ancient Greek: Bread, Wine and Olive Oil. This was part of the dietary model or what we can call food ideology. For the Greeks these foods represented frugality and the simple life along with honey and figs. It is thought that this represented loyalty to their country since these fundamental foods were produced in Greece and therefore it was not necessary to import rare luxury type foods, they were happy with their own. It also is thought that it had to do with areas that should be conquered; anywhere that olives and vines grew should be conquered and be Greek.

Wine
Then: For Greeks wine was especially important at the symposia, which was a meeting of men for drinking, music and intellectual discussion. Greeks gave it medicinal properties, and there were even descriptions of proper and improper drinking.

Now: It is thought that much of the modern wine production practices today, are influenced by the practices of the ancient Greeks. Wine is also a very important part of Greek culture today. Gone are the days when Greece was only known for its retsina (wine that has had resin added to it). Today Greece has a high quality wine production using Greek grapes varieties that appear to be similar to the variety of grapes used in ancient times, and that are grown only in Greece. People are starting to notice Greek wines; at this year’s Decanter World Wine Awards for example, 72% of all Greek wines entered this year received an award.

Bread
Then: Bread of course was a necessity in the ancient Greek diet. Greeks had a large variety of breads or bread-like products and also made them for special occasions. At some point it appears that the Greeks had 50 to 70 different types of breads.

Now: Bread is an extremely important part of the Greek cuisine; it is what nurtures the people, most Greeks cannot even imagine a meal without bread even if it is a rice or pasta dish. It is common when you go to the taverns here to be served a whole loaf of bread for 4 people…and you are expected to eat it.

Olive Oil
Then: Olive oil was used in almost every single item that was on the table of the ancient Greek, and although there was other oil available in the Mediterranean, olive oil was the only one used for cooking.