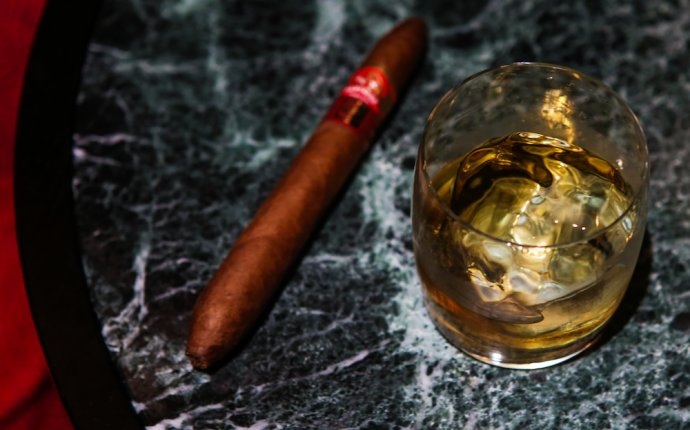 Between Syntagma Square and the Plaka are two streets that host some of the most interesting new businesses in the city as well as some older businesses that have managed to hang on through the hard times. Nikis Street and Voulis Street run parallel to each other starting a block below Syntagma Square and intersecting Ermou Street, Athens main shopping street. In the old days Nikis Street was one of the centers of Greece's tourist industry with small travel agencies, ferry ticket offices and the famous Delphi Restaurant which was one of the most popular old restaurants in Athens. Eleftherodakis Books was on Nikis Street as well as Compendium Books which were the largest English language book shops in Athens. A small alley off Nikis was the home of Mr Jung's Chinese, the first Chinese restaurant in Athens. Mazarakis Flokati Shop on Voulis was a gathering place for American X-pats who would come in to play backgammon and catch up on the news from host Tom Mazarakis. Later he and his brother Steve opened the first pizza-by-the-slice restaurant next door. Across the street was one of the first Internet Cafes in Athens, at a time when few in Greece knew what the internet was. Apollonos Street, which connects Voulis and Nikis had the first sushi restaurant which had moved there from the big beautiful mansion on Kydathineon where it began. Quantas Airways had their shop on the corner of Nikis and Metropolis in the days when people used to go to a ticket office to buy airline tickets. There were even a couple 'guest houses' where you could get a dormitory bed or sleep on the roof for about a dollar. (I'm thinking less but does that even seem possible these days?)

Nikis Street and Voulis Street went through some rough times as the Greek economy collapsed and restaurants and shops closed or moved to where the rents were cheaper. But in the last few years there has been a renaissance as hip new businesses have opened, joining those that were able to survive. Nikis and Voulis Streets are no longer just paths from Syntagma to the Plaka. They now host some of the best shops, restaurants, cafes and places to hang out in Athens.

I can't begin to count the e-mails I get from people who are on strict vegetarian diets or are worried that they won't be able to find the food or supplements they need in Greece. They can rest easy because at GR-Eatings at 37 Nikis Street they will find everything they would find in their local health food supermarket and more. They have a lot of organic traditional Greek products as well as fruits, vegetables, vitamins, teas, wines and even Greek made miso paste! This store alone is a good reason to move to the neighborhood if you are planning to live in Greece. If you are on holiday and going to the islands and worried that you may not find what you need there then stop in and look around. I think you will be impressed. I was and I have worked at, managed and shopped at Health Food Stores for over 40 years! Owned by brothers Vassilis and George Souvatzoglou who know the neighborhood well since their father is the artist Yiannis Souvatzoglou whose gallery on the corner of Voulis and Nikodimos right next to the Electra Palace has been well known to artists and art lovers for years.

Yanni's Showroom is the gallery of internationally renown and award-winning artist Yannis Souvatzoglou, known for his scultures and his painting which are influenced from the Minoan and Cycladic era. Along with numerous exhibnitions in Greece he has done shows in the USA, Great Britain, Germany, Japan, France, Denmark, South Africa and Australia among other countries. Despite his fame he remains very accessible and can be found in his gallery at 44 Voulis Street usually after 7pm and is happy to answer questions about his beautiful and very affordable art.

Right next door to Gr-eatings is Avocado, a vegetarian-vegan restaurant owned by the people who have NYSY Yoga and Pilates Studios, just across the street at Nikis 25. They serve high-quality, flavorful food, aromatic coffees and teas, and freshly-squeezed juices using local, seasonal, and organic produce whenever possible. Serious vegans and vegetarians who discover this restaurant may not eat anywhere else until they leave Athens.

How could we not go into a wine bar with the name Oinoscent? Especially since it was right around the corner from the Electra Palace where we were staying. We just came out for a drink to kill a little time before meetings friends for dinner but we ended up spending hours here. I have to admit that I started with a craft beer, only because they had a bottle of Septem 8th Day IPA and I could not resist. But I soon joined Andrea in tasting a number of wines, some that I had never heard of and sampled their delicious food and would probably still be sitting there if we had not changed hotels and moved to another neighborhood. They have over 700 different bottles of wine and a new wine by the glass list every week. If you are a wine person come here and sit at the bar. Don't be afraid to ask questions. Their young and knowledgeable staff speak English and probably several other languages as well. Nelly Paraskevopoulou of USA Today named it the best wine bar in Athens. I would be surprised if there are better. It is at 45-47 Voulis Street. Serious wine and serious food equals a lot of fun.

Iritou Street is a small pedestrian street right off Voulis that was known mostly because of the University of Indianapolis campus which rented several buildings for classrooms and storefronts as offices. The university closed down a few years ago and I was one of the people very upset about it. I should not have wasted my time. The main building was taken over by Webster University and the storfront offices were taken over by young visionaries who opened several cafes and restaurants, a hip gourmet coffee shop and turned the street into a little bohemian playground. Serious coffee drinkers should go to Lacandona, a hole-in-the-wall cafe that reminds me of the first cool coffee shops in New Yorks's East Village.

What would Spanish people do if they came to Greece and their country's cuisine was not represented? They would all have to eat Greek mezedes instead of tapas. Guapa Paella and Cocktail Lounge solves that crisis, if it is actually a crisis. No, I have yet to eat here. But how could I not mention it? It is at 17 Nikis Street.

Next door to Guapa on the corner of Xenofontos is the gourmet grocery store that took the place of the Ecletic Deli which was on Voulis but closed a number of years ago. If you are staying in a hotel in or around Syntagma this os one shop you will want to know about.

Across the street is the Athens Beer Restaurant at 20 Nikis Street. Of course they have most of the Greek micro brews and a large number of imported beer. Their food is a mixture of...