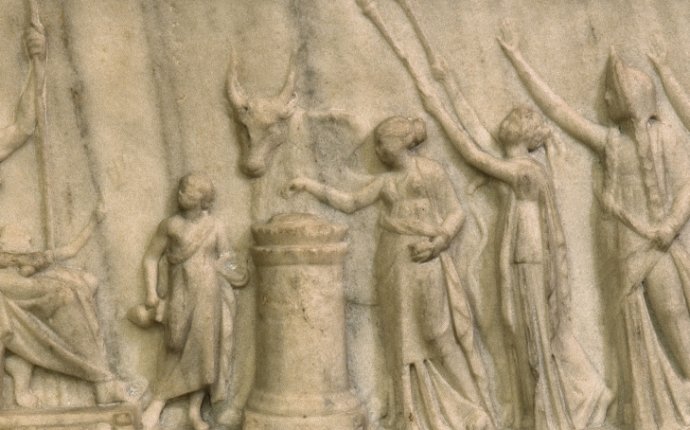 Alexander the Great was just 20 years old when he became the leader of Macedonia.

Philip and the Macedonians began to expand their territory outward. They were helped along by a number of advances in military technology: long-range catapults, for example, along with pikes called sarissas that were about 16 feet long—long enough for soldiers to use not as projectiles but as spears. King Philip’s generals also pioneered the use of the massive and intimidating infantry formation known as the phalanx.

King Philip’s ultimate goal was to conquer Persia and help himself to the empire’s land and riches. He was assassinated in 336 B.C. before he could enjoy the spoils of his victories, but his son Alexander jumped at the chance to take over his father’s imperial project. The new Macedonian king led his troops across the Hellespont into Asia. (When he got there, he plunged an enormous sarissa into the ground and declared the land “spear won.”) From there, Alexander and his armies kept moving. They conquered huge chunks of western Asia and Egypt and pressed on into the Indus Valley.

Alexander’s empire was a fragile one, not destined to survive for long. After he died in 323 B.C., his generals (known as the Diadochoi) divided his conquered lands amongst themselves. Soon, those fragments of the Alexandrian empire had become three powerful dynasties: the Seleucids of Syria and Persia, the Ptolemies of Egypt and the Antigonids of Greece and Macedonia.

Though these dynasties were not politically united–since Alexander’s death, they were no longer part of any Greek or Macedonian empire–they did share a great deal in common. It is these commonalities, the essential “Greek-ness” of the disparate parts of the Alexandrian world–that historians refer to when they talk about the Hellenistic Age.