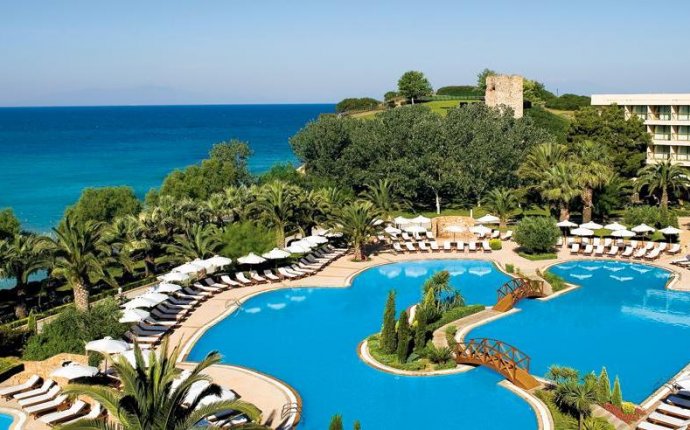 Of all of the hundreds of pristine, idyllic beaches on Greece's many islands, Navagio "Shipwreck" beach on Zakynthos is instantly recognisable

First, the islands. The Argo-Saronic archipelago, including most people’s favourite, tiny Hydra, with its chic boutique hotels occupying restored neo-classical mansions, and Aegina, with its pistachio orchards, lies the closest to Athens. The Cyclades, of which the most popular are Santorini and, tend to be rocky and arid, and are known for their iconic whitewashed cubic buildings. Santorini and Mykonos are Greece’s most commercial and expensive islands, and also home to the highest concentration of five-star hotels, attracting international travellers in search of glitz and luxury, while smaller islands such as Antiparos and Koufonissi are more off-beat and restful.

On the far side of the Aegean, close to Turkey, the Dodecanese are scattered around Rhodes, with its hauntingly beautiful medieval old town, and diminutive Patmos, with its timeless monasteries, while the low-key pine-scented Sporades include Skiathos.

Scroll down for expert advice on getting to Greece

The lesser-visited Northeast Aegean islands centre on Mytilini (aka Lesbos), where anise-flavoured ouzo comes from, and Chios, with its medieval villages and mastic trees. The biggest Greek island, Crete, stands on its own, rising proudly from the Libyan Sea and facing towards North Africa. Its main entry points are Heraklion and.The only islands that are not accessible by boat from Piraeus are the lush green Ionian islands, with most people’s favourite being Corfu. The Ionians tend to be favoured by British holiday makers (and Italians in August), and cover a broad spectrum from the budget to the luxury markets. They also have some outstanding beaches.

Most package holidays will take you to islands with direct flights from the UK - which is fine, but it does mean that they are going to be busy, and touristy. To reach quieter destinations, independent travel and a few hours studying the prohibitively complicated Greek ferry timetable (greekferries.gr) is required.

Some tour companies have caught onto this conundrum and offer a possible solution: Greece specialist Sunvil (020 8568 4499; sunvil.co.uk) proposes several multi-centre itineraries combining two destinations in one holiday, such as Kefalonia with Ithaca, Samos with either Patmos or Ikaria, or Athens with Andros (a favourite bolthole for wealthy Athenians).

Back on the mainland, the Peloponnese is all about rugged mountains, fertile valleys and several outstanding archaeological sites, such as Ancient Corinth, Ancient Olympia and Epidaurus – the latter lies close to Nafplion, which many Greeks consider their most beautiful and romantic city.

Northern Greece, which centres on Thessaloniki, is popular with holidaymakers from Bulgaria and Serbia, who stay at the big modern seaside resorts on, close to the monasteries of Mount Athos (which occupy a separate peninsula).