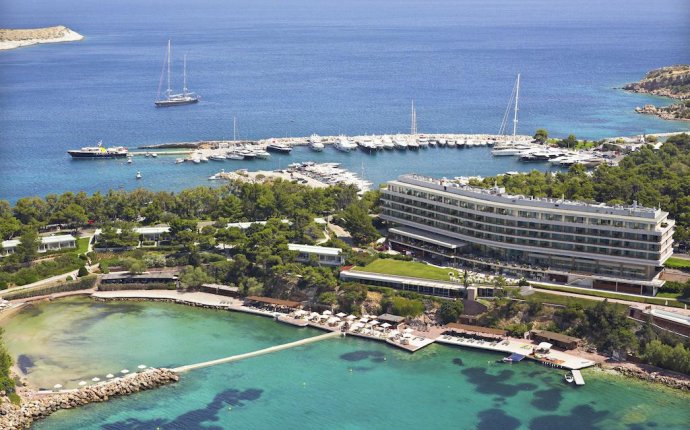 For almost six decades, Greece’s most exclusive resort opened its doors and shared Greek hospitality— in the most luxurious of ways— to thousands of guests from every corner of the planet.

Saudi sheiks, royalty and business tycoons were regulars here, as were leaders of global business, heads of state— and countless diaspora Greeks who made this corner of Vouliagmeni their home away from home while visiting their ancestral homeland.

The famed Astir Palace closed its doors— at least temporarily— with a final, special guest. President Barack Obama, and his delegation from the United States during his last official foreign trip as a U.S. President.

Astir Palace CEO Polychronis Griveas was there during Obama’s entire trip. We caught up with Chronis to get the lowdown on the Obama visit and what it meant for him as a Greek-American hotelier from Boston, MA to be involved in this historic for Greece, as well as the hotel’s journey.

First and most importantly— did President Obama like his room?

Well, he loved his room! and especially the view to the sea below. Our bungalows are special and for decades, they’ve been the secret hideaways for so many special people who have come here seeking solitude and beauty. Frank Sinatra, Maria Callas, Aristotle Onassis, John Wayne and a number of other world leaders and dignitaries stayed in similar bungalows. They really have their own history as part of this amazing place called the Astir Palace and we were honored to have President Obama as our final guest after 57 consecutive years of Greek hospitality.

I met with the President twice. He asked to see me once he settled into his room and I had the opportunity to have a follow up meeting with him on his second day on property as well. He expressly mentioned to me he loved both of his rooms and the resort grounds.