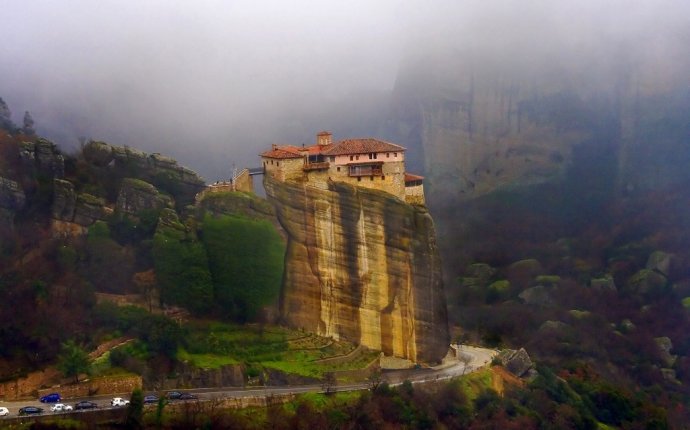 Volos is one of the largest and most attractive cities in Greece as well as one of the country’s most prominent ports. The modern-day city, built near the site of ancient Iolcos, dominates the region of Magnesia from its position at the foot of Mount Pelion overlooking the Pagasetic Gulf. This is one of the most beautiful areas in Thessaly, in the centre of Greece (Volos is situated 320km N of Athens and 219km S of Thessaloniki) combining the allure of the sea with the mystical charm of the Centaurs’ mountain.

The area’s mythical background captivates the visitor’s imagination. Magnesia features in some of the most remarkable tales in Greek mythology. The progenitor of its peoples was Magnes, son of Zeus and Aeolus, yet Magnesia is believed to be the birthplace of a strange race, the Centaurs, beings which were part equine, part human and originated from the union of Nephele and Ixion. Asclepius and Achilles were, among others, pupils of the Centaur Chiron. The famous Argonaut expedition, one of the greatest epics in the Greek mythological cycle, set sail from the Pagasetic Gulf.

The jewel of the Pagasetic Gulf

Volos is one of the most beautiful cities in Greece. The wealth of the region and its long history have left their mark on the city’s architecture, which exudes confidence and grandeur. The numerous mansions, municipal halls, museumσ, early 20th-century industrial facilities, and splendid churches make touring Volos truly enjoyable.

The sea creates a wonderful seafront with picturesque little restaurants, the famous tsipouradika, named after tsipouro, the traditional spirit of the area, which is perfect when combined with seafood teasers. Follow the paved Argonauts Avenue on the seafront and go all the way to the port on its western side, just as the locals love doing when in the mood for a romantic stroll with a stunning view to the open sea. Beyond doubt, this is the most impressive corner of the city, embellished not only by fishing boats and yachts, but also by an exact imitation of ancient ship Argo, constructed by faithfully following reports and ancient texts. The modern Argo, a brilliant feat of shipbuilding, will fill history lovers with excitement.

The sights in Volos are so numerous that the visitor will feel his day is more than full. For those disliking walking, there is a 10km wide network of cycle lanes and thousands of bicycles silently providing a healthy and ecological means of transport.
The city has a great labour and industrial history. Large European companies had their factories here in the 19th century. It was the centre of novelty and architectural innovation. This history has left its mark on the entire city in the form of splendid buildings. The refugee population from Asia Minor, which began to arrive from 1923 onwards, shaped the appearance of the city by creating the large district of Nea Ionia. The urban mansions in the city centre, towards the port and the railway station, and the working-class neighbourhoods in the environs, made up a very charming residential framework. The present-day city has spread out along the coast, incorporating old resorts, like Agria in the east and Soros in the west.

The blocks surrounded by Iasonos, Dimitriados and Ermou make up the buzzing part of downtown, where the heart of the city beats day and night, partly thanks to the students of the University of Thessaly.

- Volos castle, in the present-day district of Palia, in the west of the city. It was a great shipbuilding centre where galleys were built, carrying on Magnesia’s great maritime tradition.

- The large park of Agios Konstantinos. Lying on the shore, it is a lovely corner of the city. It was laid out in 1920 by the architect N. Kitsikis and provides recreation and a breath of cool air to residents and visitors alike.

- The Achilleio cinema, a place of living culture that has remained open from 1925 to the present day. It was built according to plans drawn up by the architect K. Argyris.

- The church of Agioi Konstantinos and Eleni towering over the waterfront in Volos. It is an elaborate piece of architecture, designed and built by the great architect A. Zachos. Ever since its construction in 1936, the church has been a reference point in the city.

- Agia Triada, next to the Achillopouleio Hospital in Volos, a little gem in Byzantine style, the construction of which began in 1948.