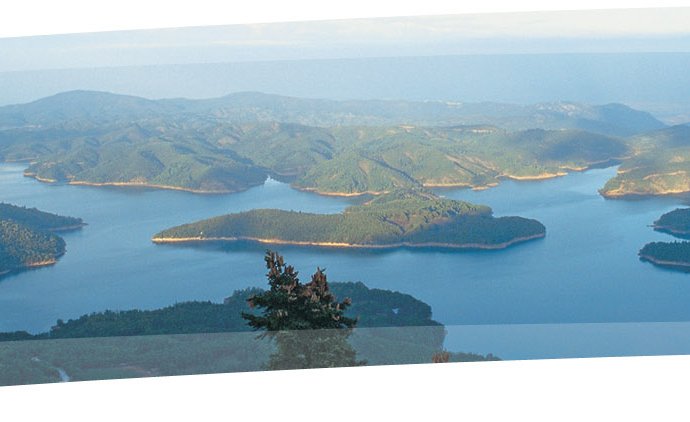 The Peloponessos: Heart and Soul of Greece

There is much that has been written and said about the beauty of the Greek islands. But lost in the commotion over Mykonos, Santorini, Rhodes and Corfu is the fact that some of the most beautiful and interesting places in Greece are not on the islands, but on the mainland in areas like the Peloponessos. For many, the Peloponessos is the true Greece and it is as worthy a place to visit as any ten islands combined. Lots of great beaches, sea, mountains, interesting towns like Githeon. The Diros Caves are the most amazing natural attraction in Greece along with the volcano of Santorini. Visit the Byzantine city of Mystras overlooking the city of Sparta. The town of Leonidion has a beautiful beach that is rarely crowded and is surrounded by mountains and fields at the end of a long gorge. The Mani whose fierce inhabitants played a central role in Greece's War of Independence, has never been conquered, not by the Turks, the Nazis or tourism. Elefonisos is an island in the Peloponessos with sea the color of the TV commercials that make you want to visit Jamaica.

Visit the fortress town of Monemvasia, Greece's answer to the Rock of Gibralter, with me on the hottest day of the year, if not the century. See my pages on Ancient Olympia too where the Olympian Games began and you can still run in the ancient stadium.

See also the Town of Kalavrita. Great skiing in the winter, beautiful mountains, a fantastic gorge and a narrow guage train that climbs through it for 22 kilometers past waterfalls and rapids, and the spectacular Cave of the Lakes. This is a nice place to visit in the off-season, especially when there is snow.

I have created a site for Delphi where they say the Oracle still lives, and on the same site you can read about Galaxidi and Nafpaktos and the ferries that are now obsolete because they built the Rion-Antrion bridge which connects the Peloponessos to the mainland. Delphi is one of the most visited sites in Greece, perhaps in the world, and many people say they can still feel the spiritual energy that emanates from the place. All of the travel agencies offer day-trips and over-night trips to Delphi, some of them combined with Meteora. It is also part of the Classical Greece Tour which visits all the important sites on the mainland. It is just over two hours drive from Athens and is an affordable trip by taxi if you have several people sharing the fare. You can find one and two day trips to Delphi as well as Delphi/Meteora combinations on Fantasy Travel's Mainland Excursions Page

Meteora, where giant rock formations crowned with five-hundred year old monasteries which look like they are inaccessable to anyone but James Bond is one of the most amazing places on earth. Located at the end of a long valley these giant stones, like mountains really, look like they were dropped from outer space. The towns of Kalambaka and Kastrika sit right at the base of these rocks, and have hotels, restaurants, cafes, bars and nightlife, as Meteora is one of the most visited places in Greece and as visually spectacular as anything you have ever seen. Meteora can be combined with Delphi either by taxi or renting a car and stopping at Delphi on the way up or back. It is also included in many of the itineraries that the travel agencies offer including the Classical Greece Tour. You can find two and three day Delphi/Meteora combinations on Fantasy Travel's Mainland Excursions Page

Visit my pages on Thessaloniki, the second largest and hippest city in Greece, and also my pages for Macedonia and Halkidiki. Thessaloniki is Greece's second largest city and the major port for the Balkan countries. It is also the area where many people from the countries that used to make up Yugoslavia, and the Eastern Europeans come for their holidays because they can drive there. Thessaloniki has great nightlife, entire districts devoted to it, wonderful food, and is within striking distance from some of the most important archaeological sites in Greece.

Halkidiki is known for having some of the best beaches in Greece and for Mount Athos, an autonomous state within Greece, made up of Orthodox monks and holy men, where the last woman to set foot in was the Virgin Mary. Dolphin Hellas'

See my Guide to Thessaloniki

Though the Greek islands seem to get all the attention in actuality some of the most beautiful towns, beaches and landscapes are on the mainland, particularly the Mount Pelion region which could be described as the Colorado Rockies on the Aegean. Pine covered slopes, orchards, streams, incredible beaches and the finest ouzeries and mezedes in Greece are a good reason to go. It's also convenient to the islands of Skiathos, Skopelos, Alonysos and Skyros.

@Sophie: Any recommendations for adults only places to stay in Greece? (ie. no family or party resorts.)