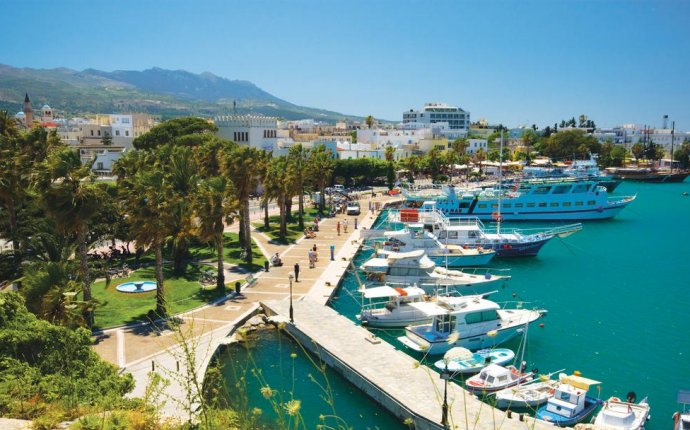 "At Mólyvos, at the northwest tip of Lésvos, one of the longest-established restaurateurs – Melinda McRostie – took the lead in trying to improve refugee distress. She established a temporary camp at the far end of the old harbour. Up to 30 foreign volunteers at a time are on hand to provide fruit, sandwiches, milk and water (with priority to families with young children) until special coaches arrive to take them to Mytilíni.

"Once in Mytilíni, refugees are processed by the police and given paperwork entitling them to leave the island. This system broke down in late August, and at one point nearly 23, 000 refugees were concentrated in the town, without the ability to move onward. Since September 6 about 10, 000 of them have been able to leave.

"On Kos, since July, refugees have been housed in tents along the shore promenade of the main town, between the yacht marina and the medieval castle. Normally this is where the tourist-friendly pedestrian walkway and cycle path are. However, Kyriaki Zika of the Hotel Afendoulis, one block inland from the affected area, says they have not greatly impinged on tourism and that personally she has only had one recent cancellation explicitly related to the refugees.

"In the last few days, Dimitris Avramopoulos, European Commissioner for Migration, Home Affairs and Citizenship, and other EU officials have agreed on a more durable solution: the rehabilitation of an old army camp out at Linopótis in the countryside to house refugees in a more humane manner, with proper cooking and bathing facilities. However, realistically, it will be next year before the camp will be ready; in the meantime only bad winter weather will reduce the number of crossing from Turkey."

Concerned holidaymakers should note that there is no evidence to suggest the migrants pose any threat. The Foreign Office states that: “The British Embassy is keeping the situation under review, but at present there are no reports of any specific risks to British nationals visiting [those islands affected by the migrant crisis]”.

There have been no reports of any holidaymakers being harassed in any way by the new arrivals Photo: GETTY

Tour operators have also sought to reassure travellers. A statement from Sunvil, the Greece specialist, last month said: "We have had no reports from any of our customers who have travelled to the area with us this year of any disruption to their holiday environment due to migrants.

On Samos, also just a few miles from the Turkish coast, “tourists to the island haven’t noticed any change, ” Chris Wright, Sunvil’s managing director added. “The local authorities are well versed in transiting the migrants straight through to Athens, so there is little sight of them on the island.”

Around 7, 000 migrants are in Kos, waiting to be moved to Athens Photo: GETTY

On TripAdvisor’s forum, there has been some unease among those who are due to visit, but reassurance from those who are on the islands.

“There are refugees coming ashore from Kos to Tigaki [a town further along the north coast] but you'll need to be up early to see them, ” said one user last month during a visit to the island. “Most are staying near the beach and the marina in Kos Town. Do I feel unsafe? No. I'm more wary at home walking past a group of youths on a Friday night, than these people, who I can understand are getting frustrated at times by the process.”

Can I cancel my holiday?

There is a very simple rule about cancelling package holidays. You can cancel if you like, but you will usually lose most of the money you have paid upfront. An operator is only legally obliged to offer a refund if the Foreign Office (FCO) issues official advice against travel to that destination.

However, the Foreign Office's advice is updated on a regular basis, so if you are concerned and have booked a holiday for later in the year, or for 2016, it is worth checking again nearer the time of departure, though it seems unlikely that it will advise against travel to the mainstream holiday islands. Currently, we know of no tour operator that is offering refunds or alternative destinations. If you have booked independently - paying for flights or accommodation separately - you have no rights to a refund unless you have paid for a flexible airline ticket, or the accommodation owner agrees to one.

Should I avoid booking?

It’s very much a personal decision. If you are worried about the situation in the eastern Aegean, but are still keen on a holiday in the Greek Islands, there are plenty of the other options - notably the Cycladic islands such as Paros, Naxos and Santorini, the Sporades (Skiathos for example) and the Ionian islands such as Corfu, Cephalonia and Zakynthos. For a detailed guide to the islands see telegraph.co.uk/greekislands.

Should you wish to offer help, it’s worth asking the locals if there’s anything you can do.

But Marc Dubin warns that – as moved by compassion as you might be to give a lift in your hire car to a migrant trudging along the roadside – don’t.

“If they haven’t registered with the police yet as refugees, by accepting a lift they lose the right to register, ” he explains. “Also, the driver can be charged as an accomplice to the people smugglers if traffic police were to stop the car - you’d probably get exonerated, but not before losing a considerable amount of time and money in the company of local solicitors”.