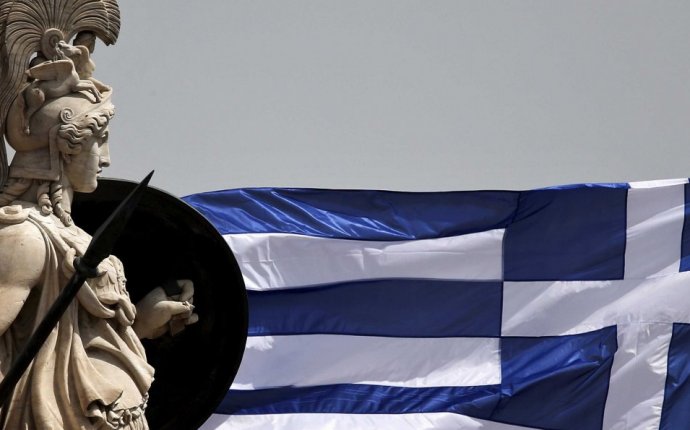 Although no nation has ever officially defaulted on its obligations in the post-Bretton Woods era, Greece would join an ignominious list of war-torn nations and international pariahs who have failed to pay back the Fund on time.

What happens after a default?

But in the event of a delayed repayment, according to IMF protocol, Greece could be afforded a 30-day grace period, during which it would be urged to pay back the money as soon as possible, and before Ms Lagarde notifies her executive board of the late payment.

However, with talks have broken down in acrimonious fashion between the country and its creditors, Ms Lagarde has said she will renege on this and notify her board "immediately".

Having spooked creditors and the markets of the possibility of a fatal breach of the sanctity of monetary union, Greece may well stump up the cash if an agreement to release the country more emergency aid is reached (that's looking increasingly unlikely however).

But should no money be forthcoming however, the arrears process may well extend indefinitely.

Greece's other creditor burden would also start piling up, with the government due to pay another €6.6bn to the European Central Bank in July and August.

Although the exact process is uncertain, falling into a protracted arrears procedure could have major consequences for continued financial assistance from Greece's other creditors - the European Central Bank and European Commission.

"If Greece defaults to the IMF, then they are considered to be in default to the rest of the eurozone, " says Raoul Ruparel, head of economic research at Open Europe.

The terms of Greece's existing bail-out programme stipulate that a default to the IMF would automatically constitute a default on the country's European rescue loans.

"Such a scenario would risk the European Financial Stability Facility (EFSF) cancelling all or part of its facility or even declaring the principal amount of the loan to be due immediately, " say analysts at Bank of America Merrill Lynch.

Should the EFSF take such a decisive move, it could activate a range of cross default clauses on Greek government bonds held by private investors and the ECB. These clauses state a default to one creditor institution applies to all.

The political and market damage that may ensue would be substantial. Popular sentiment in creditor nations would turn against the errant Greeks, while the position of the ECB in particular could quickly come under the spotlight.

The central bank has kept Greek banks on a tight leash, maintaining that it would only restore normal lending operations to the country once "conditions for a successful completion of the programme are in place".

A wave of defaults may force the ECB into finally pulling the plug on the emergency assistance it has been providing in ever larger doses since February.

What would happen if Greece left the euro? In 60 seconds

Whatever the outcome, Greece on many measures, is all but bankrupt.

In addition to the half a billion euros plus it owes the Fund this month, the Leftist government will still be paying back the IMF until 2030. In total, its repayment schedule stretches out over the next 42 years to 2057.