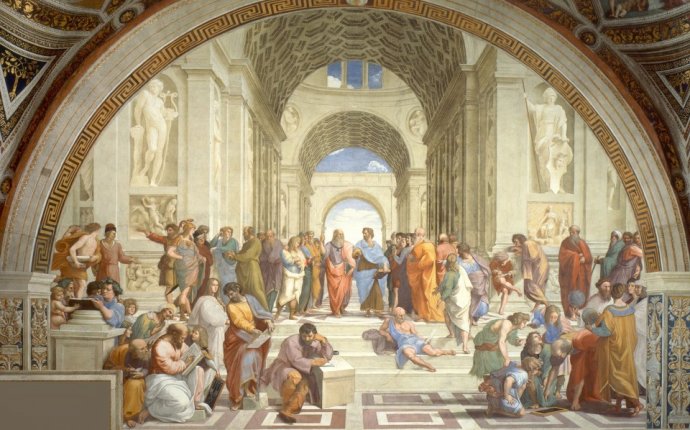 Greece, after gaining her independence in 1829, expanded her territory three times against the Ottoman Empire during the nineteenth century and the first thirteen years of the twentieth century. This expansion was not limited to the Balkans but extended into Anatolia in the pursuit of the traditional Megali Idea (Great Idea), a policy committed to creating a larger Greece by including practically all of the regions in which ‘the influence of Hellenism has been paramount throughout the ages.’ The recreation of ‘ancient Greek heritage’ and the claiming of its “territories” came at a great suffering to the people of the Balkans and of Anatolia.

Greeks under Ottoman rule were free to observe their faith, maintain their language, traditions and cultural identity. The fact that Greek culture was maintained during the 400 years of Ottoman reign over what is today Greece is testament to the legendary tolerance of the Ottoman Empire over to different people it ruled, not to the perseverance of Greek culture.

How the Greek Rebellion Began

The Greek rebellion against the Ottoman Empire began in the Peloponnese on 6 April 1821, with the slogan: "Not a Turk shall remain in the Morea", which inspired indiscriminate and murderous action against all Muslims. The patriotic cry of the revolution, proclaimed by the Greek Archbishop Germanos, was “Peace to the Christians! Respect to the Consuls! Death to the Turks!”

According to the British writer William St. Clair, "The savage passion for revenge soon degenerated into a frenzied delight in killing and horror for their own sakes". Another British writer, David Howarth, observed that the Greeks did not need any reason for these murders, "Once they had started…they killed because a mad blood-lust had come upon them all, and everyone was killing".

It is estimated that nearly 30 thousands Muslims lived in the Peloponnese in March 1821. A month later, when the Greeks were celebrating Easter, there was hardly anyone left. According to William St. Clair:

"The Turks of Greece left few traces. They disappeared suddenly and finally in the spring of 1821, unmourned and unnoticed by the rest of the world…Upwards of 20, 000 Turkish men, women and children were murdered by their Greek neighbours in a few weeks of slaughter. They were killed deliberately, without qualm and scruple…Turkish families living in single farms or small isolated communities were summarily put to death, and their homes burnt down over their corpses. Others, when the disturbances began, abondened home to seek the security of the nearest town, but the defenceless streams of refugees were overwhelmed by bands of armed Greeks. In the smaller towns, the Turkish communities barricaded their houses and attempted to defend themselves as best as they could, but few survived. In some places, they were driven by hunger to surrender to their attackers on receiving promises of security, but these were seldom honoured. The men were killed at once, and the women and children divided out as slaves usually to be killed in their turn later. All over the Peloponnese roamed mobs of Greeks armed with clubs, scythes, and a few firearms, killing, plundering and burning. They were often led by Christian priests, who exhorted them to greater efforts in their holy work".

In 1861, the historian George Finlay wrote:
"In the month of April 1821, a Muslim population amounting to upwards of 20, 000 souls, was living, dispersed in Greece, employed in agriculture. Before two months had elapsed, the greater part was slain-men, women and children were murdered without mercy or remorse…The crime was a nation’s crime, and whatever perturbations it may produce must be in a nation’s conscience, as the deeds by which it can be expiated must be the acts of a nation."

According to the historian C.M. Woodhouse, the entire Turkish population of cities and towns were collected and marched out to convenient places in the countryside where they were slaughtered.

Massacres of Monemvasia and Navarino

The Muslims of the small town of Monemvasia, besieged by the Greek rebels, decided in August 1821 to surrender. Nevertheless, the rebels slaughtered them all barbarously. These events were hailed in Western Europe as "a victory of liberalism and Christianity." A few days later the same fate befell the Muslims of Navarino. Between 2, 000 and 3, 000 Muslim residents were cruelly massacred. Meanwhile, some Greeks in Navarino were proudly relating the terrible massacres that had taken place there. A German volunteer, Franz Lieber, describes how the volunteers felt hatred and disgust towards the Greek rebels, who were calling upon them to rape women after they themselves had already sexually assaulted them.

In the town of Tripolitsa, where the Turkish governor resided, and which consisted of a population of 35, 000 Turks, Albanians, Jews and others, the rebels began atrocious massacres on October 5, 1821, which lasted for three days and claimed the lives of more than 10, 000 people.

According to the historian William Phillips:

"In Tripolitsa for three days the miserable [Turkish] inhabitants were given over to the lust and cruelty of a mob of savages. Neither sex nor age was spared. Women and children were tortured before being put to death. So great was the slaughter that [guerilla leader] Kolokotronis himself says that, when he entered the town, from the gate of the citadel, his horse’s hoofs never touched the ground. His path of triumph was carpeted with corpses. At the end of two days, the wretched remnant of Mussulmans were deliberately collected to the number of some 2, 000 souls, of every age and sex, but principally women and children, were led out to a ravine in the neighbouring mountains, and there butchered like cattle."

European officers, including Colonel Thomas Gordon, who witnessed the massacres at Tripolitsa became so disgusted that he resigned from the service of the Greeks. A young German philhellene doctor, Wilhelm Boldemann, who could not bear to witness these scenes, committed suicide.

Towards the end of January 1822, more than 1, 500 Turks and other Muslims at Acrocorinth agreed to surrender to the rebels, provided that they could keep enough money to hire neutral vessels for their journey to Asia Minor. But, while they were waiting for ships to arrive, rebels under the leadership of Kolokotronis and others killed them.

Up to the summer of 1822, the Greek rebellion had cost the lives of more than 50, 000 Turks, Greeks, Albanians, Jews and others. Many more were forced to live in slavery and deprivation.

Massacres of Athens and Acropolis

Muslims besieged in the Acropolis area of Athens for a long time surrendered on June 21, 1822, accepting the promise of Greek religious and rebel leaders, that they would not be killed. However, with the exception of a few saved with great difficulty by foreign consuls, they were all killed. At the same time 400 defenseless Muslims in Athens were carved to pieces in the streets.

When the town of Nauplia surrendered to the Greek rebels on December 12, 1822, the rebels committed terrible massacres. Commodore Hamilton, arriving in port on the British warship HMS Cambrian, was instrumental in saving some of the Muslim and Jewish residents of the town from certain death.
One hundred and fifty Albanians who were returning to their home country on a Turkish ship that ran aground just outside Missolonghi, surrendered to the rebels following promises of safety given to them by Mavrokordatos only to be killed after being robbed.