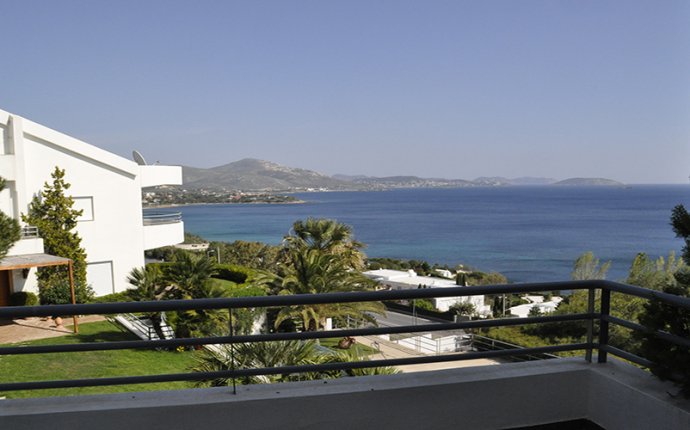 The urban sprawl of Athens. Construction of homes has collapsed across Greece, dropping by 95 percent from 2007 to 2016. Credit Louisa Gouliamaki/Agence France-Presse — Getty Images

ATHENS — At law courts throughout Greece, people are lining up to file papers renouncing their inheritance. Not necessarily because some feckless uncle left them with a pile of debt at the end of his revels; they are turning their backs on what used to be a pillar of Greece’s economy and society: real estate. Growing personal debt, declining incomes and ever higher taxes as Greece’s depression grinds on have turned property and the dream of easy money into dread of a catastrophic burden.

The figures are clear. In 2013, two years after a property tax was introduced (previously, real estate tax revenue came mainly from transfers or conveyance taxes), 29, 200 people declined to accept their inheritance, according to the Justice Ministry. In 2015, the number had climbed to 45, 627, an increase of 56 percent in two years. Reports from across the country suggest that this year, too, large numbers of people are refusing to inherit.

“This can be very painful, ” said Giorgos Voukelatos, a lawyer. “People may lose their family home. Because if the father or mother had debts, the child might be unemployed and unable to carry this weight as well.”

The growing aversion to property is evident in the drop in business at notaries public. The national statistics service, Elstat, reported in July that in 2014 there were 23, 221 deeds in which living parents transferred property to their children, down from 90, 718 in 2008. The number of wills drawn up or notarized has been steady through the crisis, at around 30, 000 annually, suggesting that many inheritances being rejected were not part of formal wills. (More than 120, 000 people die each year.)

The desire to inherit used to be so great that some took it upon themselves to give fortune a hand. Greeks were stunned in 1987 when the police uncovered a gang that had killed at least eight rich elderly people after forging their wills. The plot’s leader was a lawyer and former mayor of an Athens suburb; accomplices included a notary public and a gravedigger. Murder Inc., as the news media called it, was seared into popular consciousness as an instance in which criminals acted out a common desire.

Today, people are more likely to run away from real estate than be tempted to kill for it.

The collapse of the real estate market shows why. The total number of transactions dropped by 74 percent from 2004 to 2014. People once hoped that if they came into property they could sell it and live easier; now they fear that they will be unable to sell it and the taxes will drag them down. If they did find a buyer, they would be unlikely to gain much, as prices of apartments have fallen by 41 percent since 2008, according to the Bank of Greece. Construction of homes has collapsed, dropping by 95 percent from 2007 to 2016. With no end to the crisis in sight, people will continue to dread coming into property.

Among the many disruptions of the past few years, this one shows how traditional conceptions — and a sense of security — can be shattered. With a history full of wars, bankruptcies and rampant inflation, Greeks had always seen land as a haven. Homeownership, at 74 percent of households in 2014, is well above the European Union average of 70 percent. Old-timers used to urge younger Greeks to buy property to avoid losing savings as they did in frequent currency devaluations — or in the monster inflation during the Axis occupation in World War II. Parents felt duty-bound to help their children acquire homes or leave them property as the only possible hedge against hardship.

“We have entered a new era, ” said Poppy Kakaidi, a lawyer. “Whereas parents wanted to leave their children with a roof over their heads, now the children themselves say, ‘I don’t want this burden.’” She has several clients who have turned down inheritances, mostly to avoid the deceased’s debts.

A striking example of the perils of property is provided by charities that have been richly endowed with real estate. For example, in Athens, the Asylon Aniaton, a hospice, used to fund itself by renting or selling property. Now it’s unable to sell anything, and of its 887 properties, 396 are without tenants. In 2015, its revenue came to 2.17 million euros while it had to pay taxes of 1.83 million euros (of which 908, 839 euros were property taxes). What was left went toward caring for 180 patients.

Property turning toxic may not be as photogenic as the stock images of the Greek crisis — masked youths hurling gasoline bombs, or people lining up at soup kitchens — but it reveals the depth of the crisis and a history of political mismanagement. After many years in which only very valuable properties were taxed, many Greeks went from paying almost no taxes on real estate to not having enough money to pay. In 2010, property taxes accounted for 0.26 percent of gross domestic product, while this year they are around 2 percent, according to state budget figures.

“Suddenly, the state treated the Greeks as if they were rich, at the precise moment that they ceased to be rich, ” the federation of Greek enterprises, S.E.V., said in a recent bulletin. It also lamented a World Bank report that ranked Greece 144th among 189 economies in terms of the ease — bureaucratic and otherwise of registering property.

But it is private debt — at 222 billion euros last year — that may prove an even greater danger. This shows in government revenues. With the unified tax, ownership of every kind of property is now subject to taxation. During the crisis, the economy has shrunk by 25 percent (as of early this year), and many people are unable to pay taxes. Arrears in tax payments at the end of September were at 92.8 billion euros and keep increasing by about 1 billion each month. It will be very difficult for the Greeks to get out from under this mountain of debt. Delinquent loans, which at the end of June made up 31.7 percent of all housing loans, were a mere 5.3 percent of the total in 2008. Tens of thousands of homeowners are afraid of repossessions, which may result in many more homes on the market and a further drop in values.