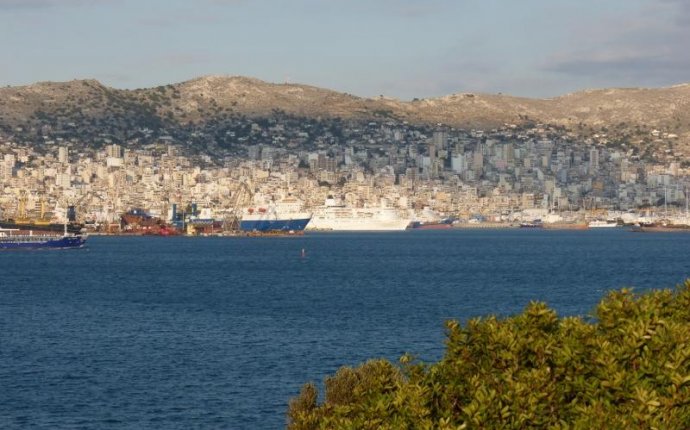 My flat is located in the center of Salamis, within a walking distance from shops, supermarkets, restaurants, cafeteries. It 's also close to wonderful beaches and interesting sights. You can use it as a base for your excursion through the island.

Salamina is the nearest to Athens and Piraeus island. Transportation to and from the island is very convinient. There are ferryboats leaving from Perama port to Paloukia port in Salamina and vice versa every 15' the whole day (trip duration 15'). Also, small cruisers leave from Piraeus main port to Salamina island every 30' only on daytime (trip duration 45'). The accessibility to the airport of Athens is well regulated by car, bus, metro. On the island there is local bus transportation available as well as taxis, so you would be able to easily move around the island. You can also rent a car just as you get out of ferryboat in the area of Paloukia. The island has a dry healthy climate all over the year with just a few rains, sunshines in the summer and mild winters. Salamina has a coastline with a length of 104 km. The best beaches of Salamina are Resti, Iliakti, Aianteio, Perani, Kiriza, Maroudi, Peristeria, Kolones, Saterli, Piriakoni and Kanakia. The capital city of Salamina is Salamis-city, where you can go for shopping in the friendly centre. Furthermore, Salamina has a nice small port and a picturesque boulevard where you can go out in one of the many lounge bars, ouzeries, taverns and restaurants. Almost every beach has its own ouzeri or tavern. In the evening there are lots of options to enjoy nightlife (traditional taverns with live music, nightclubs etc). There is also an open air cinema in Selinia. History - Culture Salamina is the birthplace of the tragic poet Euripides. The cave he lived in partially has recently been discovered (1997-99) and it's now visitable. It is situated above Peristeria bay on the southest end of the island. Findings from the cave reveal that it was his hideaway and the place he wrote some of his most famous tragedies. Salamina is also known from the famous naval battle between the Persian Empire and allied Greek fleet, in which Greece's victory gave an end to Persians expansive plans to Europe. According to Themistocles strategic plan Persians were trapped between the port of Perama, the island Psytalleia and Cynosura's peninsula so it was easier for the weak Greek fleet to cope with the numerous Persian one. In Salamina you can visit the Agora (local traditional market), Naval battle of Salamis monument and Temple of Aias (Ajax) ruins. You can also visit the Byzantine influences found in the monastery of the Virgin Maria Faneromeni (15th century) and enjoy the beautiful frescoes in the church. Also you can visit, the small convent Agios Nikolaos (18th century) in the heart of the pine forest next to the Mycenean city at Kanakia (1600 b.c.), in which period Salamis was an independent kingdom under the rule of King Ajax. You can visit the interesting Folk Museum at the Town Hall and the new Archaeological Museum in the renovated building where the First Public Kapodistrian School was. During the summer, at the open air Euripide's theater many cultural events take place such as musical concerts, theatrical plays, folk dances and other. Activities Swimming: There are lots of small beaches around the island so even in the high season you can find a peaceful beach where you can enjoy your privacy. Walking, Hiking: Salamina provides a beautiful nature with possibilities for short and long-distance walking or hiking. Large parts of the island are mountainous and covered with pinetree forests suitable for walking. Mountain biking: There are excellent routes for mountain biking especially at the south part of the island. Almost every weekend mountain bike competitions take place. Sailing: In Salamina there is a yachting club where you can rent a sailboat (with or without a skipper) for one or several days. You can also attend the sailing school. There are tennis courts, Volleyball, Basketball, 5x5 Football fields and a Paintball location. Horse riding: There is a very good riding club with a luxurious lounge bar/restaurant on the top of the mount Stavros with a magnificent view over the Saronic Gulf. Excursions from Salamina From Salamina it is easy to make a daytrip to the Capital of Greece, Athens. Where you can enjoy the Greek culture and history, the Acropolis, the museums and the Greek life in Plaka, Monastiraki and Psyrri. A visit to the majestic Temple of Poseidon (Neptune) at Sounion is definitely to be recommended. There is also a ferryboat connection to the mainland (close to Megara city) where you would be able to visit several interesting places of the Peloponnesus. You can make day trips to Corinthus, Epidaurus theater, the picturesque city of Nafplion and Mycenae. A visit to Delfi and Mount Parnassus (one of the highest mountains of Greece which is surrounded by beautiful nature) is an example of a day trip from Salamina. Another possibility is a day trip to one of the other nearby islands of Saronic Gulf (Aegina, Poros, Hydra, Spetses) where you can easily get from Piraeus port.

Search packages of shore excursions of st petersburg for your tourists!