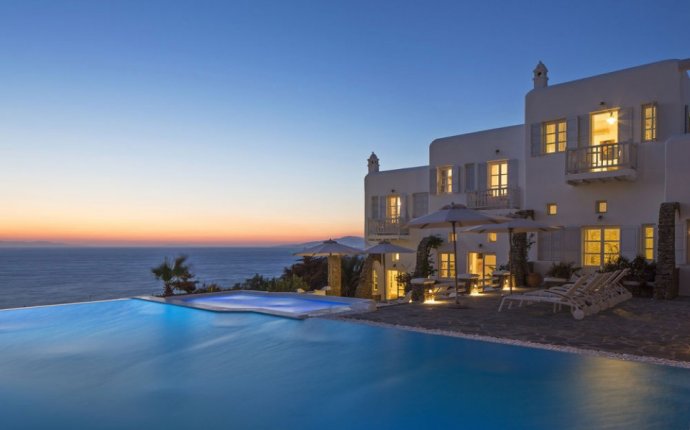 Mykonos Delos: The small rocky islet of Delos is part of the Cyclades and is located a few miles south-west of Mykonos Greece. According to mythology, Delos is the birthplace of Apollo, god of music, of true and light, and his twin sister Artemis, goddess of hunting. The child's mother was Leto who was seduced by Zeus, as many goddesses, nymphs and mortals were; when Hera, Zeus wife, learn about Leto's pregnancy, she banned her from all the places of the earth so she couldn't give birth.

The only place for Leto to give birth was the little island of Delos, then called Ortygia (Quail Island) which wasn't considered as part of the earth and which was revealed by Poseidon, who came to help his brother and his brother's lover. This gave to the island its name for Delos means revealed. Because the islands around Delos were lining in the shape of a circle, the whole group of island was called the Cyclades.

Leto managed to give birth to her twins, Apollo and Artemis and the island is, from then, dedicated to the beautiful god. This is the reason why Delos was considered as the most important Pan-Hellenic sanctuary during Ancient Times and that the ancient Greeks built a lot of amazing temples, sanctuaries and statues in this island called the Sacred Island. The first inhabitants of the island were Cares or Phoenicians (3rd millennium BC). In 1100 BC, Delos was inhabited by the Ionians and it was they who brought the worship of the god Apollo. The Ionians also managed to develop the island into a powerful commercial and spiritual centre (7th century BC).

During the 5th century BC, the Athenians organized what they called a purification of the island, forbidding the burials of the dead on it. A new purification followed in the 4th century BC, and this time the Athenians forbade all the births and deaths on the island of Delos, transferring all the dead to the neighbouring island of Rhenia, which became a necropolis. After this last purification, a great religious ceremony in favour of Apollo was organized every five years. Then, Delos came under the protection of the Ptolemies of Egypt, successors of Alexander the Great.

The Roman Period was the most prosperous and wealthy period for Delos which turned the island into an important port. But, in 88 BC, the King of Pontos who was against the Romans completely destroyed Delos and Mykonos. The history of Delos remains completely unknown after this period as there are no historical facts. The excavations that brought to light rich archaeological finds in Delos started in 1873 and continue to be carried out by the French School of Archaeology. The island of Delos became part of the World's Cultural Heritage and is protected by UNESCO. It is reachable by taxi-boat from the island of Mykonos (20 minutes).