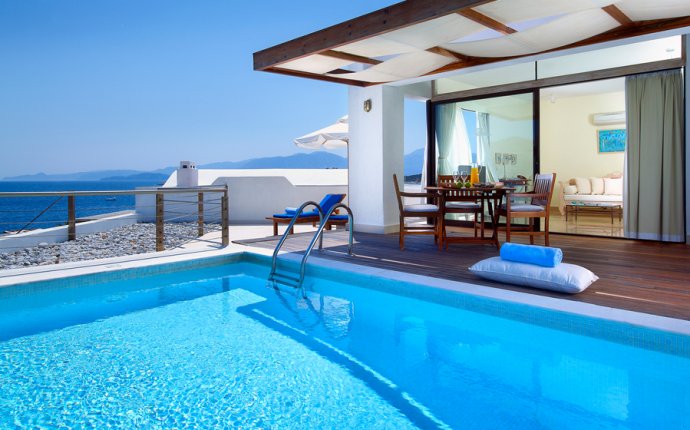 Saunter through the streets of vibrant port cities. Unwind on tranquil beaches gazing out at the azure waters of the Mediterranean. Explore the ruins of a civilization that vanished thousands of years ago. Visit Crete and discover an island that’s picturesque, charming and unhurried, an island that serves as the perfect backdrop for a restful yet unforgettable vacation.

Located 300 miles from mainland Greece, the island of Crete is one of the most popular destinations in the Mediterranean, welcoming more than two million visitors each year. Those making the trek to the island generally arrive in one of two locations: Heraklion of Chania, both of which feature an international airport and seaport. The capital of Crete, Heraklion is the busier of the two cities, serving as the base of operations for many a traveller. Hotels aplenty can be found in the city, as can restaurants, shops and all other typical city amenities. Walk the streets of the Old Town and you’ll feel like you’ve stepped back in time. Historic buildings, narrow alleyways and friendly locals are all found in abundance. Popular tourist attractions in the city include Heraklion Archaeological Museum, the Historical Museum of Crete, and the Cretaquarium, an aquarium that is home to an interesting mix of marine life. The sixteenth century fortress at Koules, located just outside of the city, is also worth a visit.

Chania, located towards the northwest of the island, is another popular destination for those travelling to Crete. Visitors arriving at the airport or harbour will find a variety of accommodation options nearby, including hotels, guesthouses and private apartments. The town was, until the 1970s, the capital of the island and features much Venetian architecture, harking back to the days when Venice held great sway over the region. Throughout the city you’ll find a mix of colourful buildings and historic sites, as well as a lively indoor market. Many travellers staying in Chania opt to leave their hotel behind and spend a day at Samaria National Park, the site of the impressive Samaria Gorge. The Gorge, which stretches some 11 miles, features some of the island’s most spectacular scenery, and is perfect for hiking. Many people describe the Samaria Gorge as one of Crete’s true can’t miss attractions.

Millennia ago, the island of Crete was home to the Minoan Civilization. Considered by many archaeologists and anthropologists to be the first civilization in Europe, the Minoans were an advanced race, building impressive settlements. The entire civilization mysteriously disappeared in 1450BC, with some historians suggesting that a huge volcanic explosion on the island of Thera (known today as Santorini) caused an earthquake that wiped out the Minoans. Today, suggestive hints of this past civilization can be found across Crete. You’ll find Minoan ruins near Malia, Matala, Phaistos and Petras. The best ruins on the island though are found at Knossos, near to Heraklion. The site features the ruins of a palace thought to have belonged to King Minos, as well as an impressive fresco featuring bulls, which were idolised by the Minoans. Day trips to Knossos can be arranged in Heraklion, with some even offering to pick you up direct from your hotel.